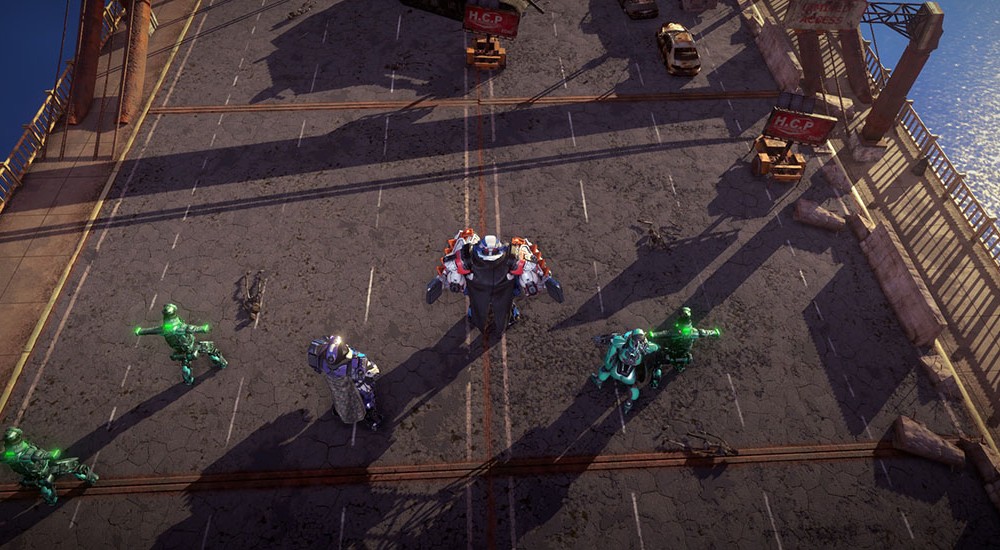 Sorry, you actually missed the live stream of Livelock (it was last night on Twitch), the upcoming twin-stick shooter from developer Tuque games . Not to be confused with 2K Games, publishers of Battleborn. Livelock was actually supposed to be released today on Xbox One, PC, and PlayStation 4 but it's been delayed for an undetermined amount of time as the team polished off a few minor things.

Honestly after our experience with the game last night, there's not much left to polish. The three player co-op shooter was a blast as we jumped into different mechanical bodies and smashed, shot, and lasered our way through swarms of enemy robots. The standout features include destructible environments, customizable characters, and a good variety of enemy and mission types.

Check out our stream of a handful of campaign missions right here. The second one contains a boss battle, so it might be a bit spoilery. And then stick around for our attempt at the game's co-op survival mode.

We'll have more on the game once a release date gets locked down and we can get you folks an official review.