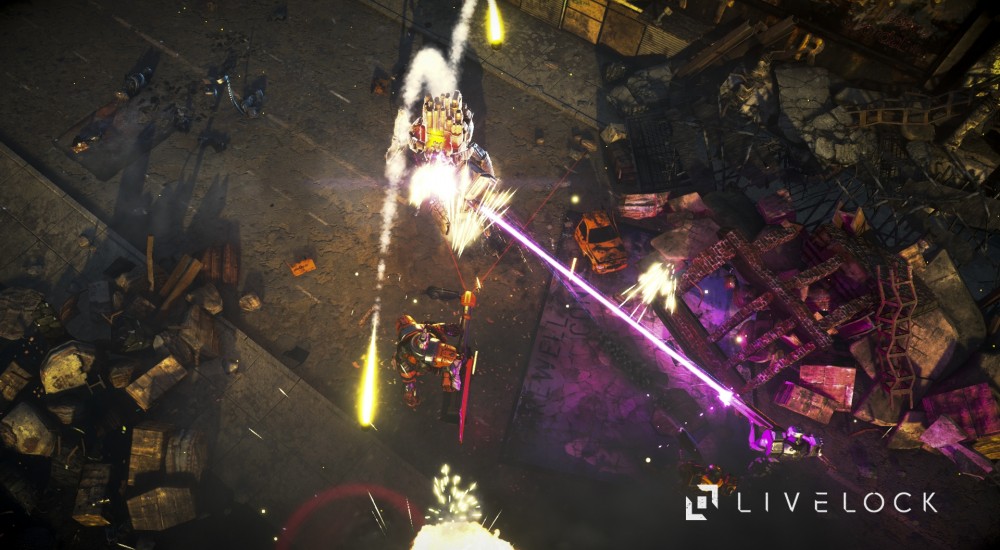 The folks from Perfect World Entertainment have put out a trailer for their three player co-op shooter called Livelock. The trailer focuses on a new character reveal, a machine and human hybrid called Vanguard. In it, we hear some deep philosophical ramblings...all while there's tons of on screen destruction.

Quiet, diligent and calculated, Vanguard joins the roster of The Few as the tank of the group. Even larger in stature than Hex, Vanguard shows his presence in the battlefield as he navigates the world in an effort to fight for those who can't. Armed with a massive chassis and powerful hammer, he will be able to absorb massive amounts of damage while also being able to crush the rogue Clusters with one fell swoop.

We've also got a handful of new screenshots for the game which launches on Xbox One, PC, and PlayStation 4 later this year.