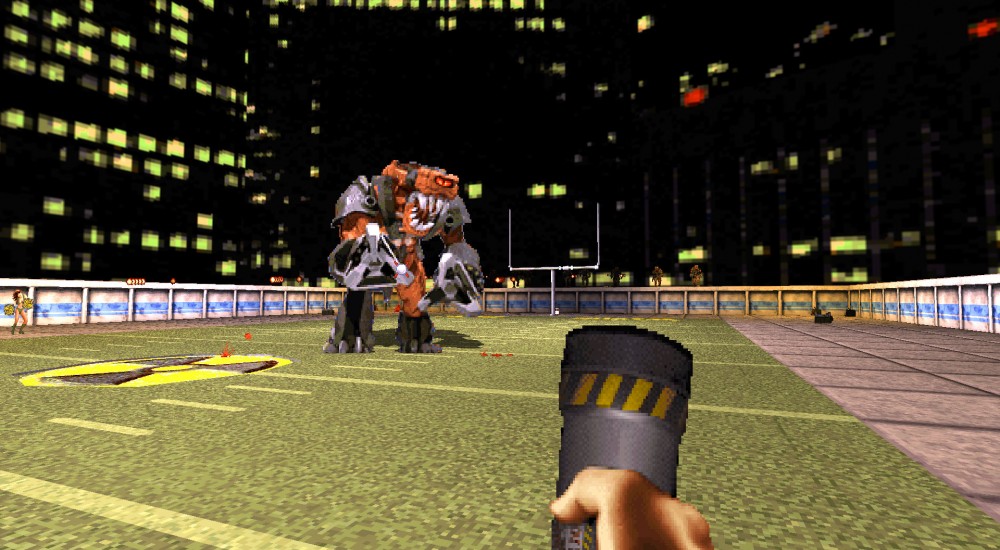 During PAX West this past weekend, Gearbox Software unveiled one of the projects they've been working on for the past few months: Duke Nukem 3D: 20th Anniversary Edition World Tour. Yep, they're bringing back the Duke.

The game is pretty much a revamping of the original title, but there are a few new goodies for Duke Nukem fans, including an all-new episode comprised of eight levels created by the original designers: Allen Blum III and Richard "Levelord" Gray. Perhaps now we can get some resolution with that dangling plot thread about what life is like after the death of the Alien Queen. Along with the new episode, Duke Nukem 3D: 20th Anniversary Edition World Tour will include:

Duke Nukem 3D: 20th Anniversary World Tour will release on the PlayStation 4, Xbox One, and PC on October 11, 2016, and retail for $19.99. The title should still support the four player online co-op throughout the campaign, just as the original did.