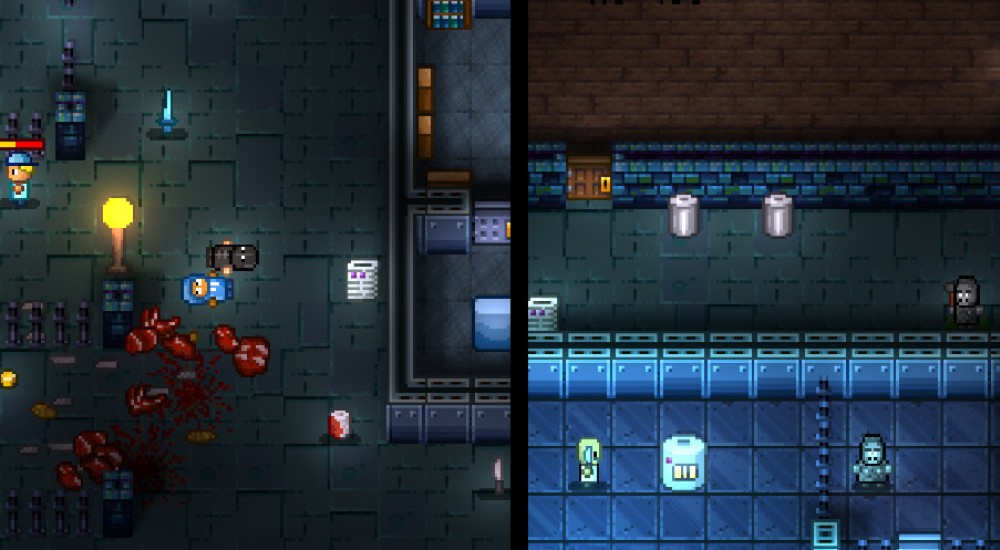 While it bears the descriptors of "RPG" and "roguelike," Streets of Rogue does not come across as the usual type of game with those buzzwords attached. Developer Matt Dabrowski is attempting to make a different sort of beast.

Rather than set the title in a dungeon that you're diving into and exploring as far as you can go, Streets of Rogue is set within a procedurally generated city with NPCs wandering around minding their business, drug dealers looking to sell some product, thieves, merchants, gorillas, vampires, and all the other usual folks that inhabit an urban environment. The character that you select to play has the usual stats, like strength,

You'll be given missions and quests, such as eliminating a particular NPC, or stealing something from a guarded chest, to complete in order to progress to the next city. How you go about meeting those objectives is entirely up to you. Maybe you'll use a syringe full of poison on the building's air ventilation system to weaken everyone inside, making it easier to take them out. Or perhaps you'll teleport inside of that guarded room without anyone being the wiser.

The missions vary as much as the overall structure and layout of the city, so you're faced with a new challenge every time. Matt put together a gameplay video to show off how all of that decision-making plays out.

Streets of Rogue is currently in open Alpha and can be downloaded from the game's website. It supports two player local co-op throughout the main game mode.