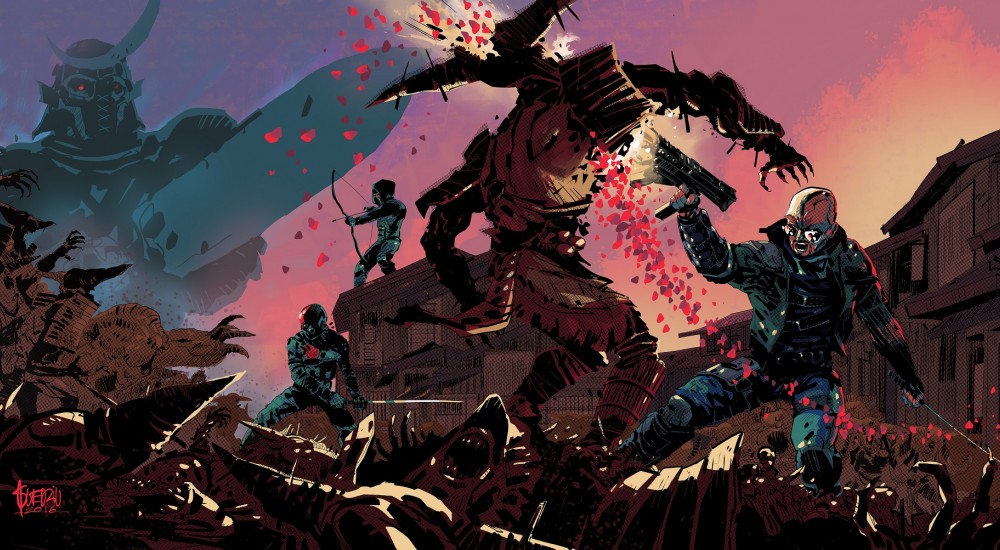 We're about two weeks away from Lo Wang's return in Shadow Warrior 2, and if you're in need of a little musical hype, then Devolver Digital, Flying Wild Hog, and rock legend Stan Bush have got you covered. You can pick up a special edition of the forthcoming title that not only includes the game, but a four track vinyl with Bush's vocals lovingly pressed into its grooves.

Along with the "Warrior EP" track that was specifically composed for Shadow Warrior 2, the four-track vinyl includes a couple of Bush's biggest hits including "The Touch" (from the 1980s "Transformers" movie), "Never Surrender," and a special version of "The Touch" featuring protagonist Lo Wang inserting his own commentary. This limited vinyl edition of the game can be acquired over on Laced.com for $60.00 and includes all of the following content:

Shadow Warrior 2 is out on October 13 for the PC and supports four player online co-op in the campaign. A console version is planned at some point for the Xbox One and PlayStation 4.