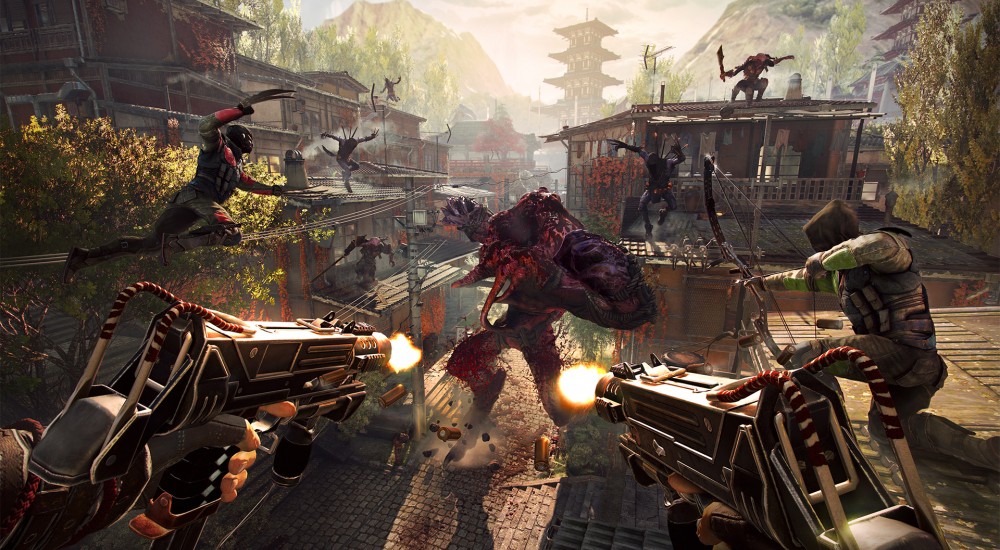 While a Shadow Warrior 2/PAYDAY 2 crossover was probably wasn't predicted by anyone outside the dev teams, it makes a lot of sense. Both are first-person shooters. Both support up to 4-player online co-op. Both have "2" in their names... well, okay maybe that last one is irrelevant. Regardless, the Shadow Warrior 2 x PAYDAY 2 Crossover event is now live.

In SW2, players will be able to get their hands on two PAYDAY 2 weapons: the AMCAR rifle and the money bundle (yes, really). They'll also be able to grab a Dallas mask for co-op play. In PAYDAY 2, players can now wield Lo Wang's Kazaguruma. Four SW2-themed masks are also available to wear on your many heists.