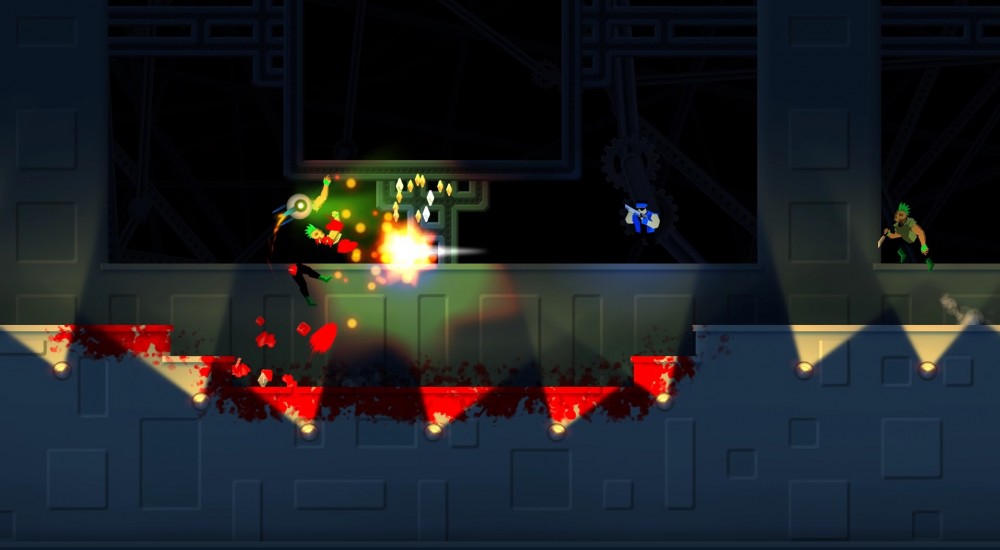 Get ready to blast some aliens with a pirate, a ninja, or a viking in Blast Brawl 2: Bloody Boogaloo. This twitch-based fighting game hits Steam Early Access and Xbox Game Preview on the Xbox One this Wednesday, October 26.

In its current early stages, Blast Brawl 2 will feature two modes: an eight-player Versus mode, and a four-player local only Wave mode. The developer, Mind's Eye Games, has plans to add more playable characters, enemies, levels, and even the possibility of co-op challenges. There's also a possibility of online co-op/multiplayer to be added, though that is a bit of a "stretch goal."

Blast Brawl 2: Bloody Boogaloo will retail for $14.99 on both the PC and Xbox One when it arrives this Wednesday.