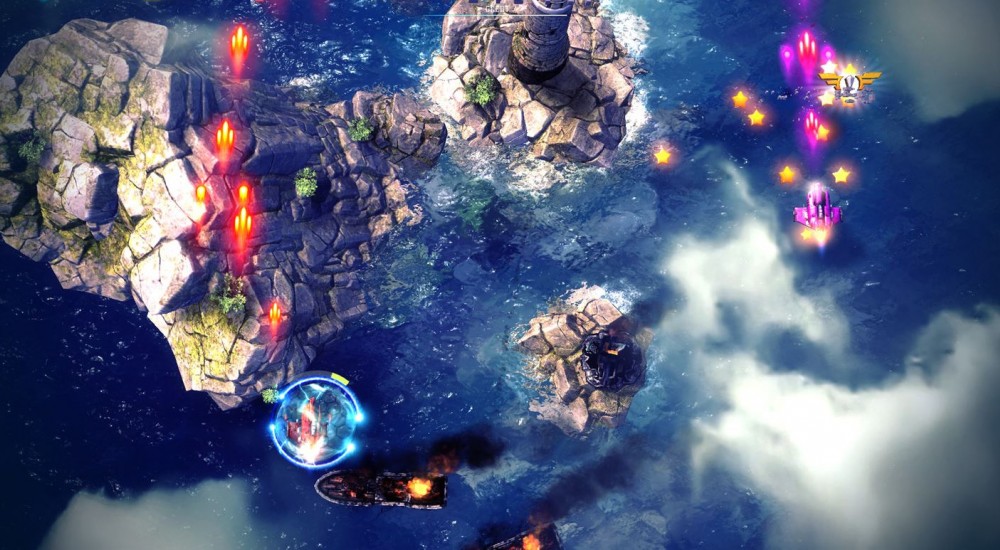 First released as a mobile shmup, Sky Force was lauded as one of the better vertical-scrolling shoot 'em ups on that particular platform. Years later, Sky Force Anniversary made its way onto the PC, PlayStation 4, Playstation 3, and PlayStation Vita platforms, and now, as of last Thursday, the Xbox One.

The game features a single-player campaign and a separate co-op mode for two players locally. The co-op mode lets you replay the same levels from the campaign, but you'll face additional challenges, such as rescuing all the civilians in the level. While the first player can earn stars/medals and progress, the second player is only a copy of the first and just drops in as a second support ship, essentially.

Sky Force Anniversary is available on the Microsoft/Xbox Store for $9.99.