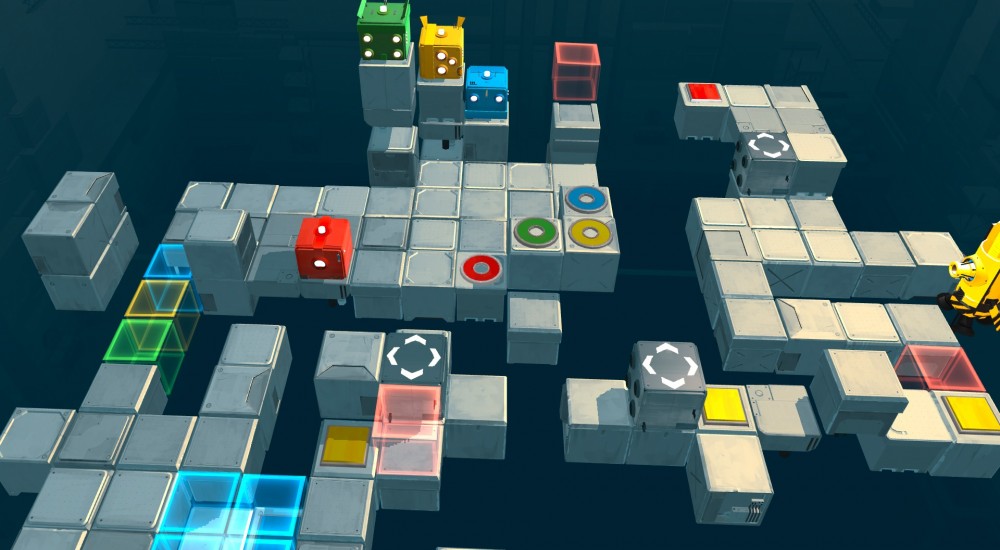 SMG Studios' co-op puzzle game, Death Squared, will be making its way onto PlayStation 4 in addition to PC and Xbox One. Similar to the Xbox One version, the PS4 version of the game will include some console exclusive levels in the challenge mode, as well as some cube skins.

The puzzle aspects of the game are rather interesting, as our own Tally Callahan discovered when she got hands-on with it last spring during PAX East. Players each control their own cube and have to navigate their way around a platform while syncing their progress with their co-op partners'. A misstep or if the timing gets off, then you or your partner may be on the unfortunate end of some spikes or a laser beam.

Death Squared supports two player local co-op in its story mode, and four players locally in the challenge mode. It will come out on PC, Xbox One, and PlayStation 4 simultaneously sometime early next year.