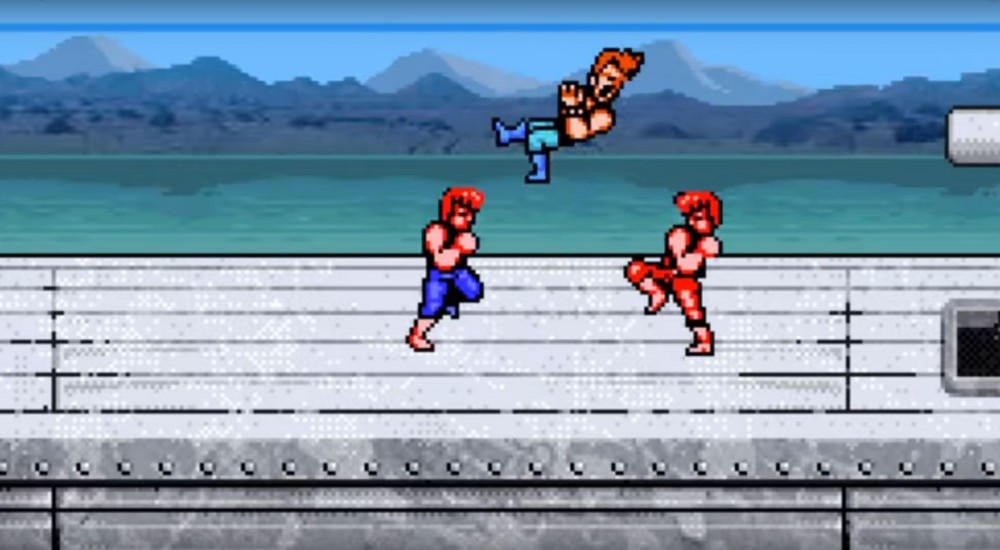 Hard to believe that Billy and his brother Jimmy are turning 30 years old this year. To celebrate the occasion, Arc System Works is releasing a brand new game for the Lee brothers: Double Dragon IV. Rather than go for the modern animated look of Neon, this one is going decidedly retro.

Aside from the announcement that the game is coming later this month for the PlayStation 4 and PC, and that it will support two player local co-op, Arc System hasn't revealed too much else about the game. They've brought the creator of the original arcade version, Yoshihisa Kishimoto, the original character designer, Koji Ogata, and composer Kazunaka Yamane on board, so it certainly will have that "classic" Double Dragon feel to it.

Double Dragon IV is slated for release on PC via Steam and the PlayStation 4 via the PlayStation Store on January 30, 2017. The game should retail for $6.99 (it's listed as 800 Yen in Japan), but no price point has been officially detailed outside of the one for Japan.