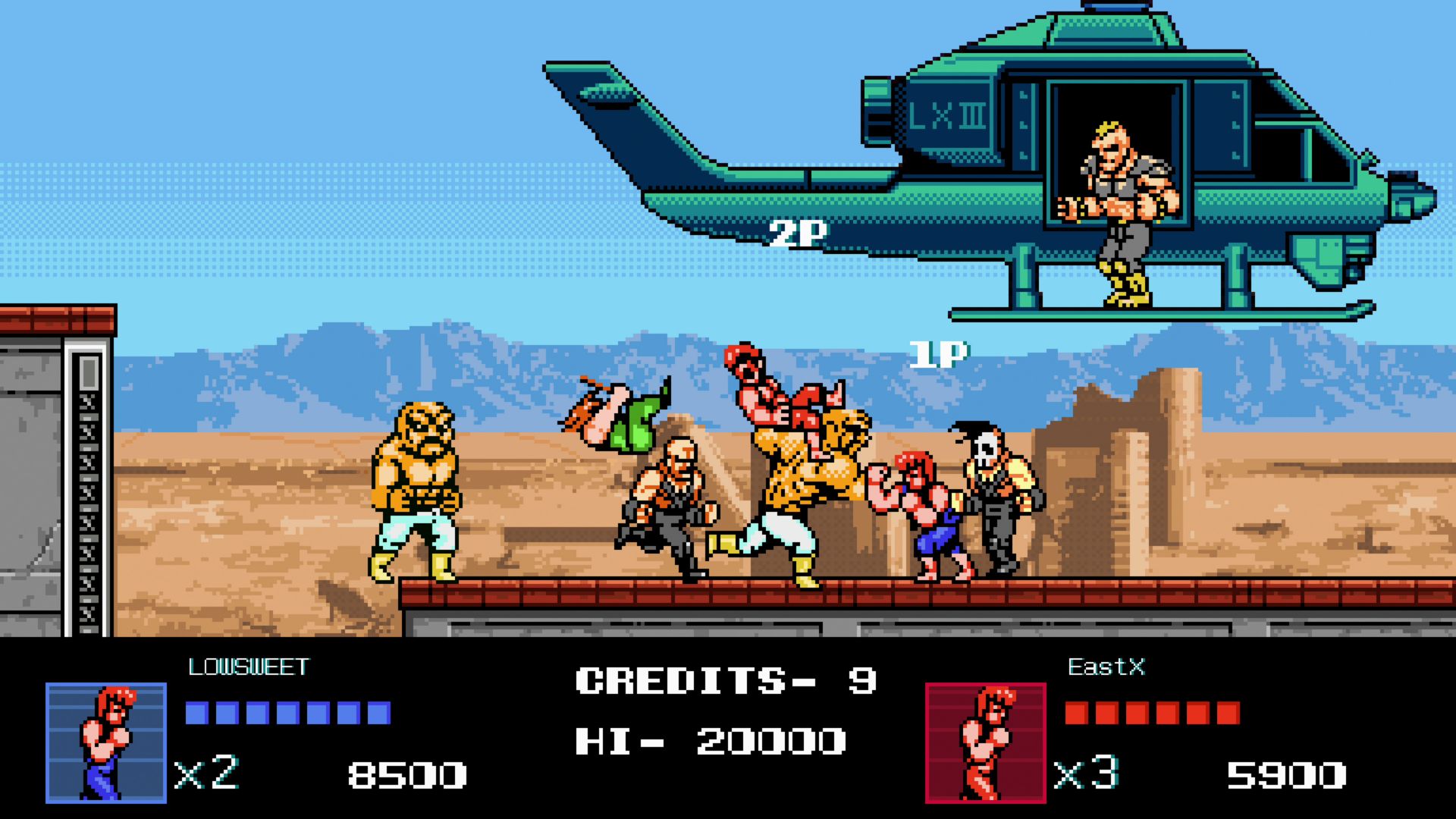 It's not often that a game receives online multiplayer years after release, but it does happen. Case in point: Double Dragon IV from Arc System Works. The retro-style beat 'em up came to all major platforms, one system at a time, but initially without an online mode. A few years later, though, the game was updated to add 2-player online co-op! That's quite an addition for a small-scale $7 game, so we had to try it out and share our impressions.

Online play as been added to the Xbox, PlayStation, Switch, and Steam versions of Double Dragon IV, though, of course, it's not cross-platform.

To play online, both players must: The online system has a couple of major flaws: no way to create private games, and no way to directly invite another player. This matchmaking system works, but it's incredibly rudimentary. To test things out, I played online co-op with a friend on the PlayStation version of the game. Our first time trying to join a game together failed, but one of us had started the matchmaking progress much later than the other. When we tried it at the same time, it worked like a charm. Unfortunately, the net code isn't very good, so we experienced latency throughout our play session. It wasn't enough to derail the experience, but it was noticeable.

During the 5th level, however, the lag spiked and then we got disconnected. This is where the lack of an invite system really hurts the game. After disconnecting, each of us could continue playing solo, but there's literally no way to reconnect with each other. We'll have to start from scratch the next time we play. Note that my co-op partner is located in frosty Canadia whereas I live in the southern United States. It's possible that we wouldn't have hit such a snag if we lived in the same region. The fourth Double Dragon is the first original installment from Arc System Works, the current owner of the franchise. IV was developed by a four-man team, three of whom worked on the original arcade game. The visuals utilize a widescreen NES style, and players can choose from Retro and New soundtracks. Story Mode features 12 stages, whereas the Tower Mower mode offers a whopping 100 levels. Numerous heroes and villains are unlockable for all modes, too! See our co-op review for more details.

Next up from Arc System Works is River City Saga: Three Kingdoms, which launches on PlayStation, Switch, and Steam on Thursday, July 21. It will sell for $29.99.