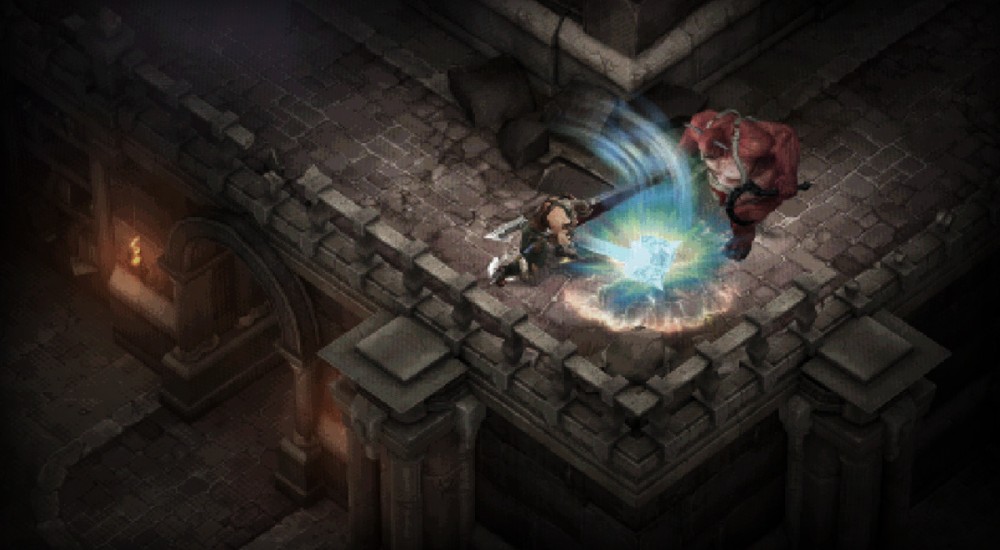 Hard to believe it was 20 years ago that I first descended into the depths of Hell in search of the Lord of Terror (and some quality loot). Diablo was released on December 31, 1996 and its arrival marked a new beginning for, and in some ways the actual definition of, the action-RPG genre. To celebrate the title's release, Blizzard is injecting a little of the world of Sanctuary into all of its games.

While most of these goodies are cosmetic in nature, such as a Diablo-themed portrait for StarCraft II, there is a significant addition on the way for Diablo 3 in the form of the "Darkening of Tristram" event that will be patched into the game sometime soon (possibly this week). This event will allow players to travel back to the original world of Diablo, albeit with some graphics that have been intentionally "retro-styled" and none of the original classes from that game. Once patch 2.4.3 arrives, you'll be able to enter a special portal in Old Tristram and find yourself back in 1996 era of Diablo.

The journey back to the "good old days" of PC gaming will be more than just a trip down memory lane. New transmogrification recipes, achievements, and new pets as well. I've heard from some folks who have played it in the test realm that playing through it all with a level 1 character is advised; not only for the fun of it, but also because some rewards are tied to clearing the event that way.