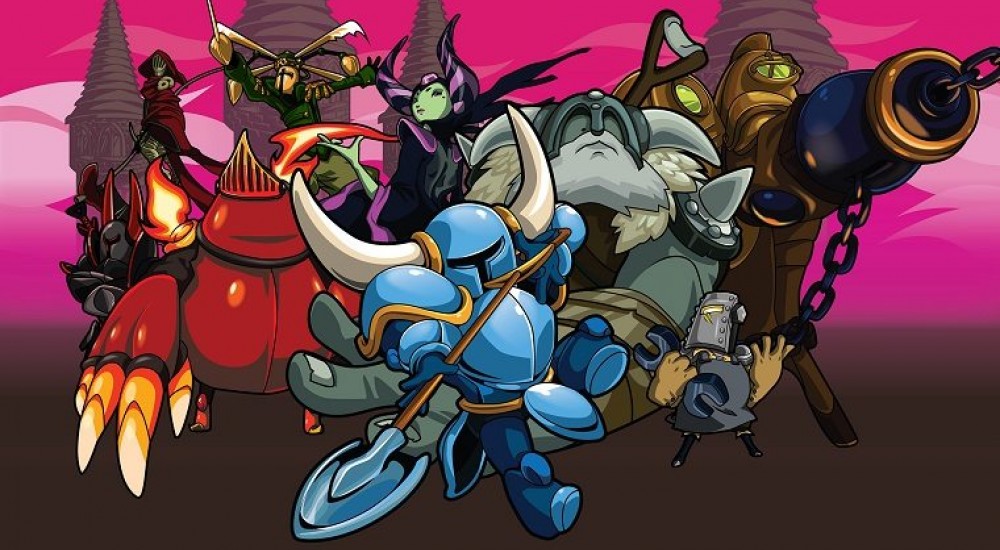 Developer YachtClubGames have announced that Shovel Knight will be launching on Nintendo's Switch console this March alongside the Specter of Torment DLC. "But Co-Optimus, Shovel Knight doesn't have co-op, why do we care?" Oh-ho-ho! In even better news it's been announced that two player local co-op is coming to Shovel Knight's campaign in the form of a free update for all consoles and PC...sorry portables, not you. When all of this content launches, there's going to be some name changes and purchasing options happening for the series. Here's the breakdown from the devs.

Shovel Knight: Plague of Shadows – Plague Knight’s Campaign emerges from the Shadows to hopefully get some recognition this time! Watch it all here.

Shovel Knight: King Knight’s Campaign – A crazy campaign with the gilded goob himself!

Shovel Knight: Battle Mode – Duel with up to 4 players as your favorite heroic or villainous knight! (3DS/Vita not included)

Wow, that's a lot of stuff. So what happens if you already own Shovel Knight? You'll be upgraded to the Treasure Trove version of the game and continue to get all planned DLC and free feature updates!

No set date has been announced as to when co-op will go live for those that already own the game.