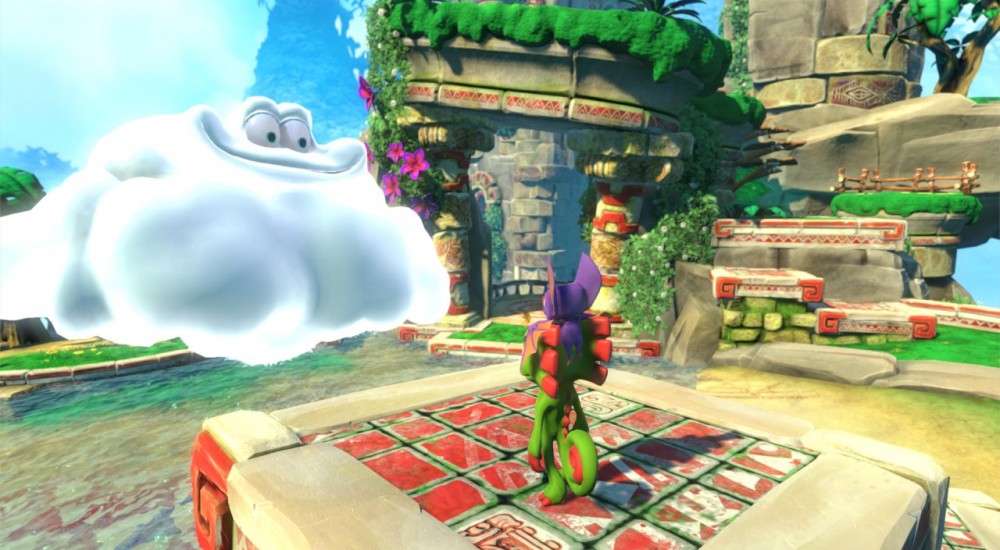 After a lengthy wait, we finally have some co-op information. Yooka-Laylee won plenty of attention and a sizeable crowdfunding purse back in 2015 thanks to its promise of reviving Banjo-Kazooie style 3D platforming. Multiplayer was mentioned, and now we know what to expect.

First up, co-op. Exactly as we expected, Yooka-Laylee will allow two players to play through the campaign mode together. Player two controls the Bee Team to stop traps and collect things like quills and butterflies. It's limited to couch co-op only, but that's ok, because it's going to be grand. Alongside co-op are a handful of competitive mini-games that support up to four local players:

The Playtonic Games team is made up of developers who worked on both Banjo-Kazooie and the Donkey Kong Country games. The goal of Yooka-Laylee is to bring back the best of those games in a brand new setting, complete with tons of areas to explore, items to collect, and abilities to unleash.

Yooka-Laylee is set for release on PC, Xbox One and PS4 this April. The Wii U version was canceled a few months back, but a Switch version has been mentioned by the dev team.