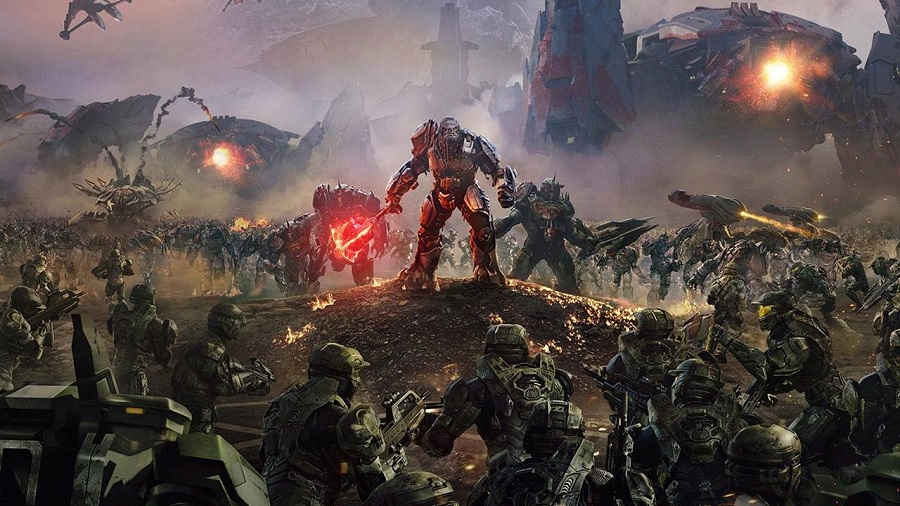 Boy, January was a quiet month and February has started the same way, but in a mere two weeks we get one of the year's behemoths; Halo Wars 2.  Microsoft are not shy in promoting their exclusive titles and they prove generous again with their new launch trailer for the game.

Halo War 2 is due 21st February and has a six player skirmish mode that allows you and your pals to combine your forces to take on an army of AI.  The campaign mode also exists and it his here that the cinematic launch trailer concentrates on:

After experiencing a pyrrhic victory following the events of the first Halo Wars, Captain Cutter and the brave crew of the UNSC Spirit of Fire wake up after 28 years of cryosleep to discover themselves orbiting a familiar Forerunner construct; Halo 3 fans, you know what it is. After receiving a distress signal and sending down some Spartans to investigate, the crew meets Atriox – an incredibly dangerous Brute who is as intelligent as he is strong. He poses a grave threat to humanity, and it’s up to you to stop him and his Banished.

In addition to the robust campaign, Halo Wars 2 is packed with a full suite of multiplayer modes that are suited to players of all skill levels and familiarity with real time strategy (RTS). Build your base, assemble your army and battle for control of the map in Domination, test your strategies solo or with a friend against AI in Skirmish, fight to hold more bases than your opponent in a timed Strongholds match, duke it out until you’re the last one standing in Deathmatch, or jump straight into the action with the all-new deck building multiplayer experience, Blitz.