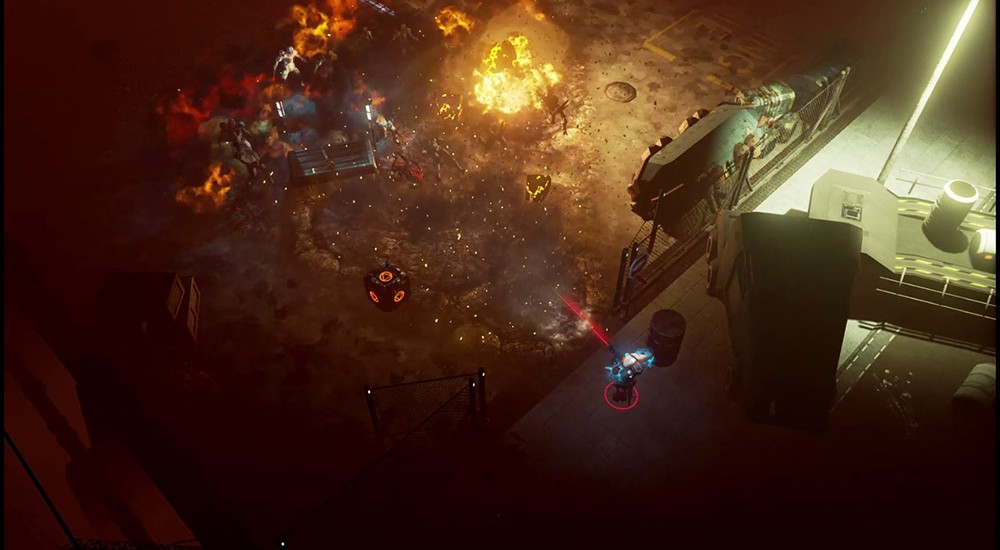 Solstice Chronicles: MIA was announced back in August and since that time has found its way onto crowd funding platform FIG. The game is currently just a few dollars short of its goal, so hopefully by the time you've read this its been fully funded.

If you don't know about the game, its a tactical twin-stick shooter set in the "Solstice" universe coming PC, Xbox One and PlayStation 4. What exactly makes it tactical? From my hands on time with the game I can tell you its about limited ammo and positioning as to not get yourself trapped. On top of this the familiar threat level is present within a level as well, with the monsters and enemies increasing in difficulty and numbers while you try to complete your objective, very similar to The Red Solstice.

The version of the game I played is still pretty early, but its easy to see an RPG style system being built where character choices will need to be made to fit your playstyle. Your drone will play a key role in this, with its abilities customized to your liking as well - in my case my drone would drop a turret to dispose of enemies when getting overrun.

Sadly the alpha did not feature co-op play and right now the game is only slated to support couch co-op.