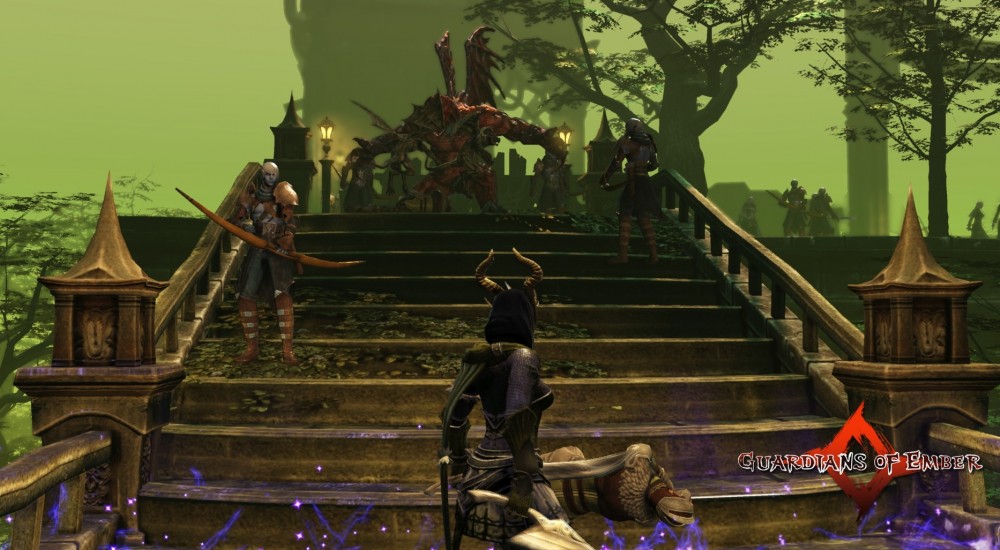 Guardians of Ember, the hack and slash MMORPG, is getting another big update on Steam Early Access following a successful IndieGogo Campaign. Guardians of Ember is the newest title from Runewaker, the developer behind Runes of Magic and Dragon's Prophet.

Along with the update of the game comes the titles sixth and final class, the "Dark Knight." Holy shit the game has Batman. Sadly, not the case.

The egotistical, ill-mannered Dark Knight whose skills and attributes are born of the shadows. The Dark Knight's skills harness the power of the occult to strike untold fear and agony in the enemy.

The Samurai Strike, for example, releases a vicious soul that possesses its target before eating them from the inside while the sadistic nature of the Anti-Immune Impactor instantly destroys the enemy’s immune system meting out a harrowing, excruciating death.

The game features five player co-op through 60 randomized dungeons alongside separate PvP modes. It'll cost $19.99 but you can win 1 of 20 copies below.