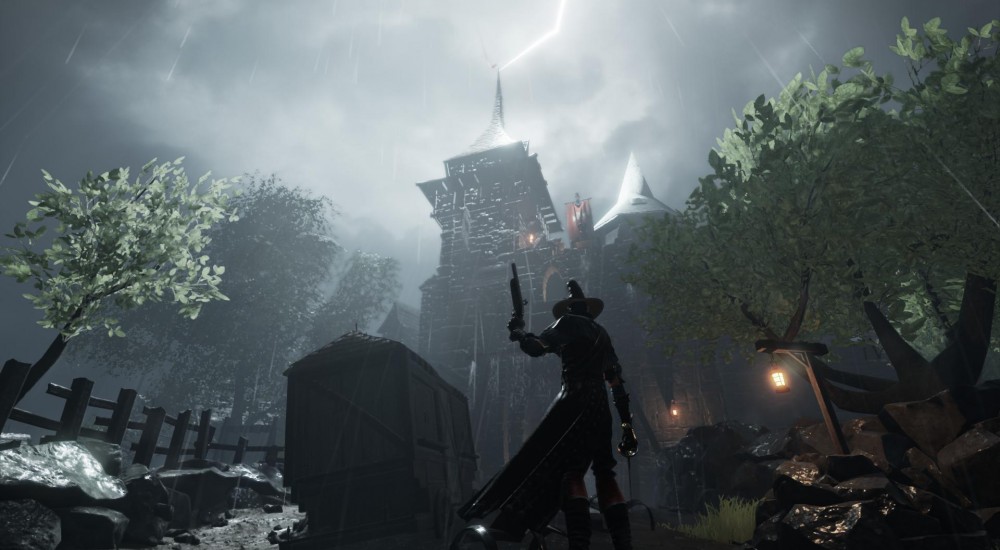 From the snowy mountains of Karak Azgaraz, Fatshark now takes us to the rainy environs of Stromdorf in the next DLC for Warhammer: End Times - Vermintide. New maps and a new weapon are included in this content, though its a bit less than previous DLC.

"Stromdorf" will include two new story maps and one new weapon (the Executioner's Sword for Markus), which is one less of each than "Karak Azgaraz" had, for those keeping track at home. That's completely fine if the price is also less than past DLC, but no word just yet on what it will be. Here's what awaits you and your fellow misfits in this new adventure:

Make your way across the roaming hills outside of Stromdorf in The Courier, in search of the missing courier and the information he carries. Continue your journey in Reaching Out by venturing in to Stromdorf, a city with a history of fantastically brewed beer and never-ending rain, and take the Skaven head-on.