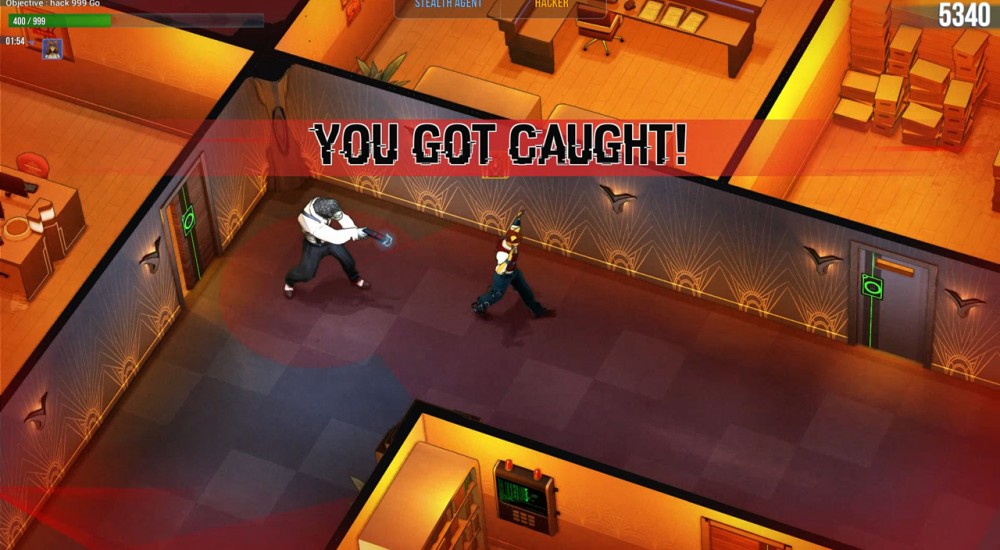 Hacking - everyone's doing it, but nobody knows why. Locke and Jason dive into Hacktag to get a better understanding of this mysterious world and see if they can finally sneak past that rhino guard (spoilers: they can't).

The last time we saw Piece of Cake's stealth action game was at this year's PAX East when Tally got hands-on with it for a bit. Since then, the developer kicked off a closed beta that was originally slated to end this week before the Early Access period on Steam began. However, in a blog post yesterday, the developer stated that they needed a little more time to better stabilize the online portion of the game, and they're now making it an open beta, which you can sign-up for to join.

With all of this in mind, Locke and I decided to check out the title in its current state and see how well we could fair. Our stealth skills may need some work, but there's definitely something to all of this. As Tally discussed in her preview, the asymmetric nature of the game (one person is sneaking around a physical space while the other hacks about a virtual one) leads to a lot more communication between players than one might normally get in a stealth title where both players have the same capabilities. Progression through a level requires both players to be aware of their surroundings, calling out potential hazards that might affect their partner, and keeping an even pace with one another to help the other avoid some of those woes.

We wrapped up our session looking forward to the next iteration of the game once it gets into the Early Access period, which should be on June 1, 2017.