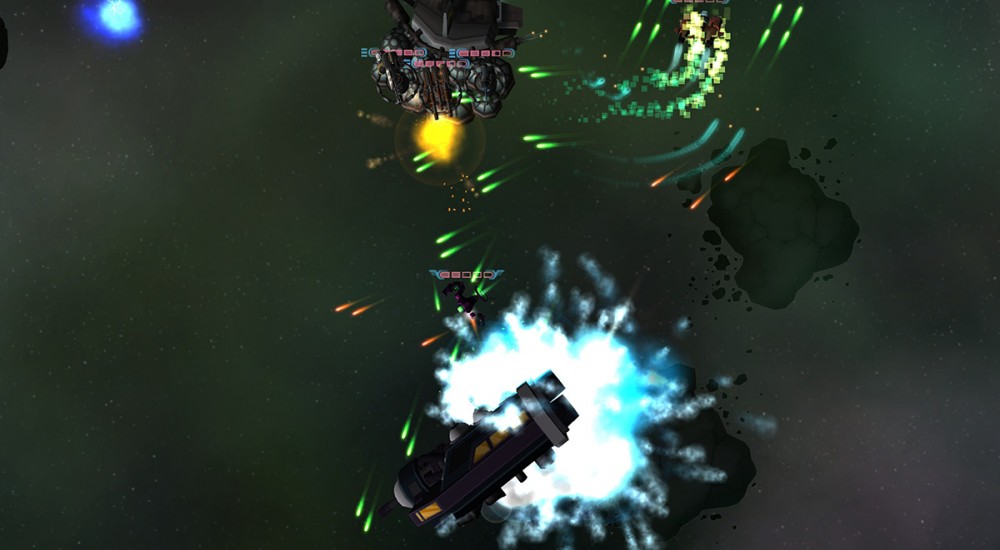 Last night's co-op stream checked out the recent twin-stick co-op shooter on Steam called Stardrift Nomads. The game launched on Steam last month under the radar like many indie titles, but it's our job here to go digging for the gems.

The premise of the game is simple, you and up to 8 friends will play various missions that have you defending a space station filled with colonists. While you can use typical twin-stick style shooting, you'll also be able to unleash special attacks like a wide spread shot, freeze bomb, and even a healing area for co-op. As you progress through the level you'll upgrade these limited use specials, while an overarching experience system allows you to upgrade and unlock things for your ship permanently.

Stardrift Nomads feels strangely familiar to me in both style and gameplay - mostly because the game I helped to develop back in 2012 and re-released on Steam in 2015 (SCHAR: Blue Shield Alliance - Steam $1.99) shares A LOT of the same basic gameplay elements and style. So obviously I like the concepts here, though I feel there's a few areas things could be improved - namely the sound design and the online gameplay could use some smoothing.

Check out our playthrough below and let us know what you think - and if you've played both games - tell us why you chose to check them out!