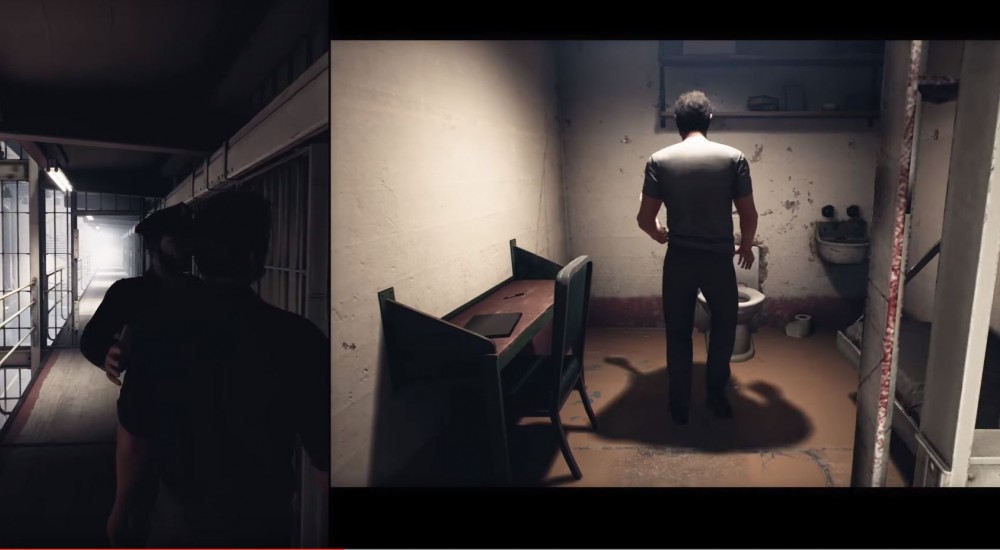 EA's E3 2017 press conference is currently underway, and one of the exciting new games that was revealed during the event is a two player co-op adventure from the developer behind Brothers: A Tale of Two Sons. A Way Out is a mandatory co-op experience, meaning you'll need to find a buddy locally or online with whom to play.

The premise to A Way Out seems to, initially, be about two men breaking out of prison. After forging a friendship and making it out, they appear to go on some adventures and even engage in one another's backstories. Brothers: A Tale of Two Sons was definitely a well-written game so there's a lot of promise here for some good shared experiences.

Outside of the usual hype talk of an "immersive, emotional experience," the footage shown of the game during the event was rather interesting. Players control one of the two main characters and can interact with NPCs and the environment completely separate from the other character, but the other player can see what's happening because the game constantly uses split-screen functionality. This means that if one player is in the middle of a cutscene while Player Two is off somewhere else, Player Two can watch the cutscene while still controlling their character. It's an interesting approach to this kind of co-op experience and I really hope it works out well. Perhaps it could finally put an end to all that "well, we can really only tell a story if it's one person" nonsense.

A Way Out is slated for a 2018 release on PC via Origin, PlayStation 4, and Xbox One. Two player co-op locally, which the developer stressed is the ideal way to play, or online is supported.