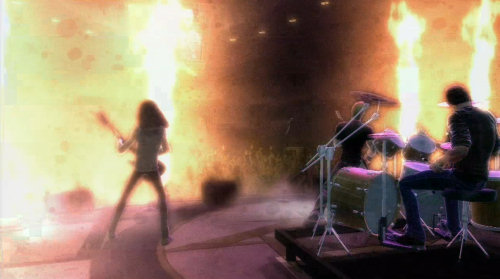 Are you ready to make your wrists ache this weekend?  Ewww, not doing that.  I mean downloading and playing the Guitar Hero Metallica demo for the Xbox 360.  The demo just came out on the Xbox Live Marketplace and weighs in at 1 GB.

Rockers will be able to thrash out in four player co-op fashion to a handful of songs.  What songs exactly?  From Metallica we have: “Sad But True” and “Seek And Destroy.”  There's also “No Excuses” from Alice In Chains and “Stone Cold Crazy” from Queen.

The full game will have over 45 tracks from Metallica as well as other bands hand picked by the metal group.  Look for the game to be released at the end of the month on the Xbox 360, PlayStation 3, Wii and PS2.