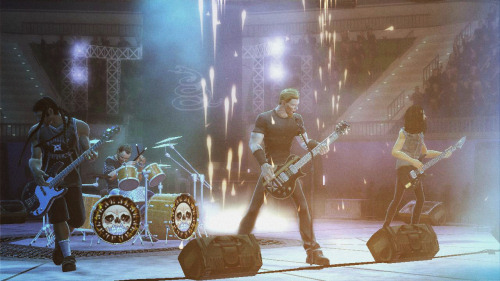 It's only been a few months since Guitar Hero World Tour was released, which means one thing.  There's another Guitar Hero game right around the corner.  No, not that one...this one.

Activision has released a handful of screenshots for Guitar Hero Metallica, and from the look of the shots - well lets just say they look eeerily similar to another rock music game.  You know, the one with the band.  The rock band?  Yeah that one.

I think you can chalk this similarity up to the use of the grainy film filter and more realistic looking character models.   The full shots are right ahead.