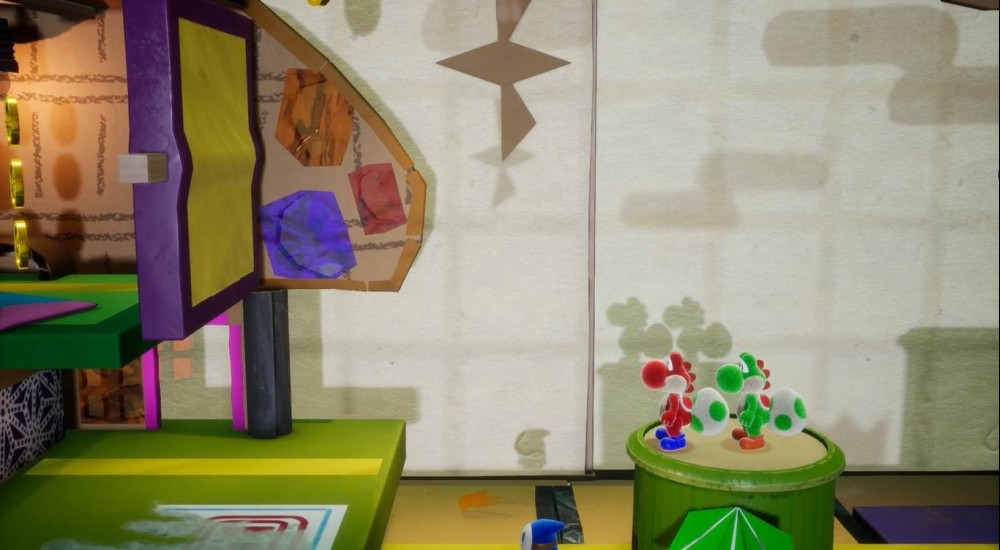 As E3 2017 properly kicks off today, the last of the three big console developers, Nintendo, held their Spotlight streaming event that highlighted what the company has planned for the next year. Among a few exciting single player offerings (METROID!), there's a new Yoshi game coming next year in a similar vein as Yoshi's Wooly World.

While it doesn't have a proper name just yet, the announcement trailer shows off all the key details we need to know. Action platforming? Check. Two player local co-op? Check. Adorable art style with a bit of a twist? Double check. It appears that rather than slinging balls of yarn around, this time Yoshi will be in a kind of cardboard world which can be flipped so you can see the other side of things.

No release date for this new Yoshi game, but it's currently slated for a 2018 release.