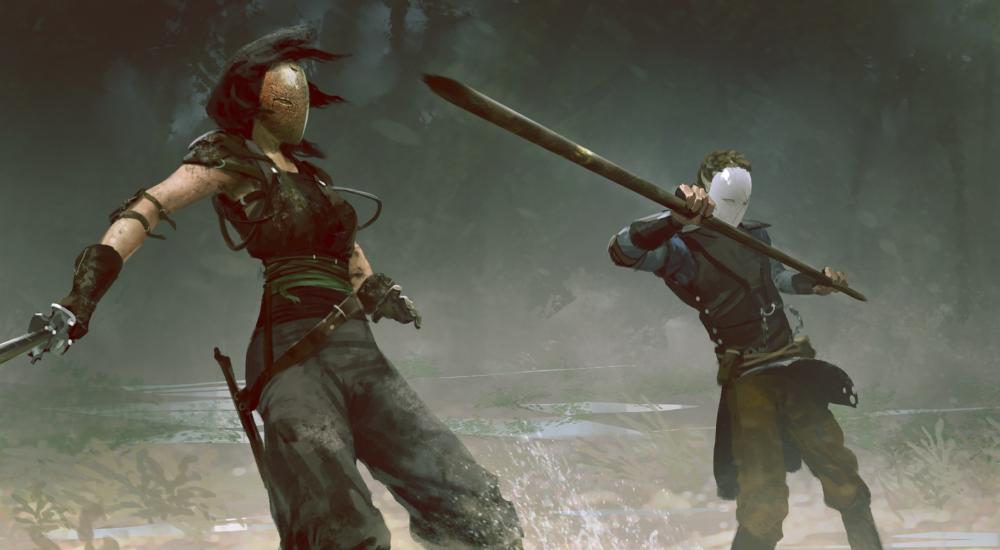 We're a little over a week away from the start of the big fall release season, and one of the co-op titles you can enjoy starting on August 29 is Absolver, an "online multiplayer combat game" where players can create their own combat style. Though it's core is a 1v1 fighting game, there are some interesting co-op features, which the devs have recently talked about in some greater detail on the PlayStation Blog.

We've known that Absolver would support three players online in some kind of PvE area for a little while, and the devs have gone into a little more detail about how that happens. There's a little bit of a Journey element to this, where you'll randomly come across other players as you explore the ruined world of the Aslan Empire. Per Pierre Tarno, Creative Director at Sloclap:

...the city is made out of a dozen interconnected zones, and as you go from one zone to another, you will be connected with one or two other players also in that zone, without loading times. These two players may choose to spar together in an effort to share knowledge on different attacks, engage in a more aggressive fight, purposefully form a team for co-op PvE, or simply pass each other with no interaction at all…

If you'd rather not team up with random players, then you can also join up with friends by "meditating at an altar" and inviting your gaming buddies. You can even limit online interactions to just friends.

Yes, players can disable online play or limit it to friends. https://t.co/q9Lg8KFLUQ

Alongside this PvE co-op, there's another kind of co-op in the game via the "Mentor-Student" relationship. Players can establish their own "Fighting Schools" with the purpose of teaching their play style and fighting style to other players. Students that join a school will, eventually, be able to use the "Combat Deck" and "Combat Style" of the mentor, even if they haven't discovered all the moves and attacks within those things.

Absolver will be released August 29 for the PlayStation 4 and PC, and will support three player online co-op.