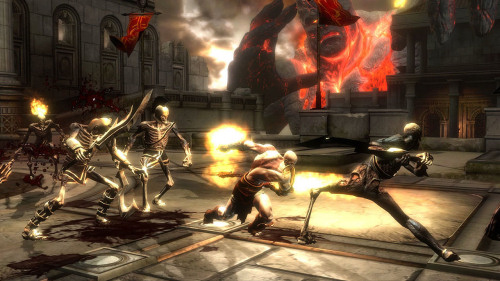 This week kicks of the Game Developers Conference in San Francisco.  You can be we'll be covering it all week with some good co-op news, but up first out of the gate is a rumor from TheSixthAxis.com.

Sony's Santa Monica studio, developers of God of War 3, are giving three presentations at the show.  While the first two explicitly state "God of War 3" in them, it's the third one that doesn't that has our interest peaked.  The title of the presentation is "Drop-in COOP for Open World Games."

There's two sides here at play though.  The first is, God of War isn't really an open world game.  On the flip side - Sony Santa Monica has never made or announced an open world game.  The presentation kicks of Friday at 9AM Pacific, so we'll be keeping a close eye on it to see if the rumors hold true.  If anything, it's great news for co-op fans to see such a great co-op feature get an entire lecture focused on it.