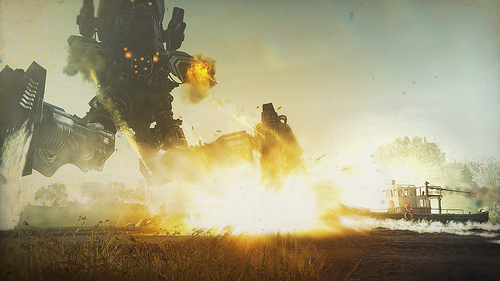 The PlayStation Blog has covered 20 exclusive titles coming to the PlayStation 3 in 2011.  Of those 20 titles, 9 of them feature co-op gameplay in some form.  Whether its a huge AAA title like Killzone 3 or its a smaller downloadable title like Pixel Junk Shooter 2, this year appears to be one of the biggest for co-op gamers on Sony's platform.

Here's the list of games, the PS Blog description, and the co-op info we know about them as of now

Sackboy moves from a platform game to a “platform for games” in this ambitious sequel that enables gamers to create their own dream game across a myriad of genres: arcade, sports, adventure, puzzle, party, first-person shooter and pretty much anything else you can dream up.LittleBigPlanet 2‘s Story mode is on a grander scale too, pitting Sackboy and friends against the creativity destroying Negativitron in an adventure that spans the Cosmos. The first sequel in PixelJunk history is more than a collection of new levels, challenges, and bosses. In addition to an all-new single-player campaign set in the belly of an enormous space beast, PixelJunk Shooter 2 introduces a fleshed-out Online Battle mode that plays like a game of cat and mouse — if the mouse had access to homing rockets. The series’ fluid-based gameplay also gets shake up thanks to the new organic surroundings. Just wait until you encounter stomach acid!

Deadly bowling balls, grenade launchers, and fire whips barely scratch the surface of PlayStation Move Heroes’ hefty weapon arsenal, and all are based on the personalities of the game’s lead characters — Ratchet & Clank, Sly Cooper and Bentley, and Jak and Daxter. Being a PlayStation Move exclusive, the weapons and gameplay take full advantage of the motion controller functionality. That means you’ll be able to steer those bowling balls, fire those grenades, and whip away with 1:1 accuracy as you collect crystals and wreak havoc in environments inspired by all three game series. Fans have long requested a multiplayer Ratchet & Clank title, and Insomniac Games has seen fit to deliver in spades with Ratchet & Clank: All 4 One. Ratchet, Clank, and Qwark team up with perennial villain Doctor Nefarious to escape a gigantic device called the Creature Collector. The co-op gameplay is put to good use against massive boss creatures and physics-based puzzles, and a streak of competitive play comes out as players scramble to collect as much currency as possible.

Sentinel Sgt. Nathan Hale is dead, a victim of the Chimera’s vile contagion. Earth sags under the crushing weight of the invader’s armada. Defeat appears imminent; all hope is lost. Amidst a complete societal breakdown, surviving Sentinel Joseph Capelli begins a cross-country journey to his hometown of New York City and, perhaps, the secret to overcoming the Chimeran threat once and for all. Resistance 3 re-introduces the weapon wheel from Resistance: Fall of Man, a new arsenal of upgradeable weapons, and new multiplayer modes and options. Release date: 2011
Co-Op: Co-Op is unconfirmed at this time, but given the history of the series, we'll put money on an announcement

Zipper Interactive returns to the series that made them famous. This squad-based tactical shooter pits Ops Commander Cullen Gray and a four-man team of NATO special forces soldiers against a terrorist threat in China Southeast Asia. In addition to a harrowing single-player campaign set in a beseiged city, SOCOM 4 includes a robust 32-player multiplayer mode and support for PlayStation Move.

Globe-hopping treasure hunters Nathan Drake and Victor Sullivan return in a search for the fabled Atlantis of the Sands — Iram of the Pillars — in an adventure that will taken them to the sun-baked deserts of the Arabian Peninsula. In addition to a sweeping new single-player adventure,UNCHARTED 3: Drake’s Deception will introduce technological advancements (including realistic water, fire, and sand), a more maneuverable Drake, and enhanced online multiplayer.

And that's about it...there's a bunch of other great looking single player titles coming as well - but this is quite the lineup of announced cooperative titles on the PS3.  Looks like its going to be a busy, and expensive, year of gaming.