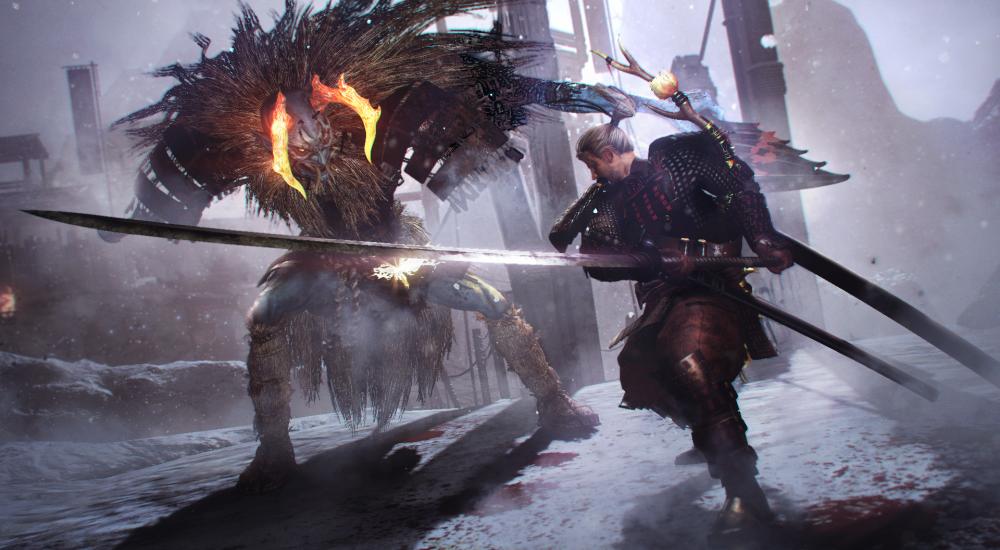 If you've been interested in Koei Tecmo's samurai-themed action RPG, Nioh, but don't own a PlayStation 4, then there's some great news for you today. The title will be released on PC via Steam next month as Nioh: Complete Edition.

This version of the game will include all three DLC expansions - "Dragon of the North," "Defiant Honour," and "Bloodshed's End" - which means players on the PC will insantly have access to all seven weapon types (sword, dual swords, spears, axes, kusarigama, odachi, and tonfas), as well as the new Ninjustu and Onmyo magic that were added via those expansions. The new missions and Guardian Spirits that were also included in the DLC will unlock naturally as players progress through and complete the main story campaign on the initial difficulty (Way of the Samurai). PC players will also get to enjoy a special helmet, the "Dharmachakra Kabuto helmet," that features a lacquered crest that is either a Wheel of Dharma, or a "device to regulate steam," depending on who you ask. Finally, similar to how Nioh on the PlayStation 4 allows players to take advantage of the PS4 Pro features by switching the graphics mode, PC players will be able to choose the "stable 60fps" 'Action Mode,' or the 4k resolution available in 'Movie Mode.'

Nioh: Complete Edition will be released on PC on November 7, 2017. No price has been announced yet.