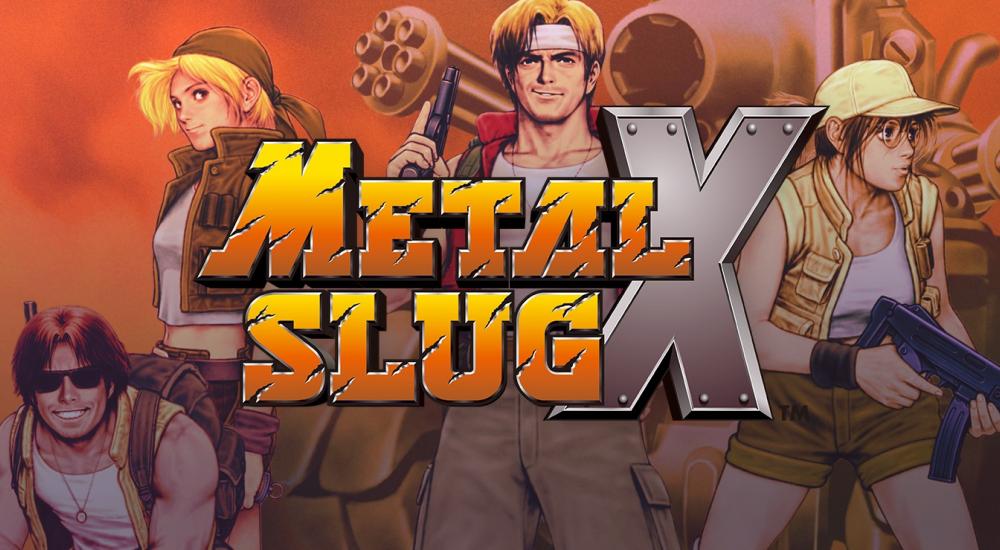 The latest and greatest in run-n-gun gaming is now available to Xbox One users.  By latest, I mean that the game has been out since 1999, and by greatest, well... it is pretty fantastic.  Get your machine guns out and your calves stretched, cause as of this writing, a cool eight bucks can buy you Metal Slug X.

X, of course, is not the tenth entry in the series.  Rather, it's a rework of Metal Slug 2 released a year after the original that makes a number of core changes.  Among these are remixed music, altered enemy locations/difficulty, added weaponry, and a new announcer.  This Xbox One version of the game comes to us courtesy of the ACA NEOGEO series, which works to replicate NEOGEO classics for the modern gamer. Metal Slug X features 2 player co-op, as is the Metal Slug standard.  In case you're unfamiliar with the series, this allows you and a buddy to play through the game's campaign, made up of six separate stages.  They're pretty tough, so maybe choose someone whose gunnin' skills are trustworthy.