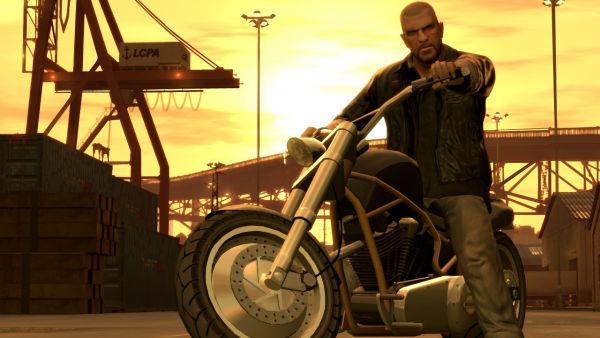 Grand Theft Auto IV is one of the best games to come out this generation so far.  It's open world nature, tight story, and great characterization combined with tried and true game play make it a favorite of mature gamers.  If the sales numbers of the recent downloadable episode, The Lost and the Damned,  are any indication - no matter what format you put this game on people will eat it up.

One problem though with the game is it's lack of a true co-op mode, instead GTA came with three simple co-op missions with limited replay-ability.  The Lost and the Damned didn't add any new co-op content, which was very disappointing.  With one more exclusive episode on the way to the Xbox 360, IGN (and Us) hope to see some true co-op finally.

In the retail version of GTA IV, you experienced the story of Niko, an immigrant newly arrived in Liberty City. In The Lost and Damned you played as Johnny, a long-time resident and VP of a notorious motorcycle gang. The two stories overlapped in several places, teasing us with brief interactions between Niko and Johnny. All of this is a perfect set-up for cooperative campaign play for Episode 2. Johnny and Niko now know each other, each has finished their individual story lines. The next part of both their lives is intertwined. One player gets to be Niko, the other Johnny.

Really this makes perfect sense.  Through most of the original game Niko is joined by an AI co-partner to help solve the missions, so we already have bots capable of supporting single players.  This throws the "we don't want to forget our fans" argument out the window.

Lets face it, despite only having three co-op missions, GTA IV was an absolute blast to play in this mode.  Now throw in a decent story that forces players to develop strategy and work together; and you could have something truly special on your hands.  Saint's Row 2 showed that an open world game could have a story and co-op, though in that case, players were just clones.  From all the feedback and forum posts we've seen these open world games like Crackdown and Mercenaries 2 are an absolute blast in co-op modes due to the unpredictable nature of what can happen and the team work gamers are able to use to solve the situations.

So what say you Rockstar?  Here's a perfect opportunity to bring the GTA IV series out with a bang - we hope to see you follow through.