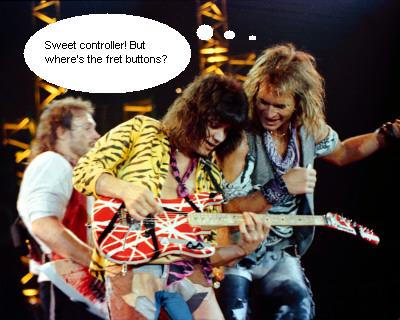 Aerosmith was the first.  Metallica will soon be the second.  The Beatles are on the horizon.  Now, it appears that another successful band will hit your home consoles in rhythm game form.  Guitar Hero Van Halen has been rumored for quite a while, and now it seems the rumor is gaining strength.

Retailer Game Crazy now lists a title, imaginatively called Guitar Hero Van Halen.  The release date, according to the listing, is 8/31/09.  That puts it just over a week in front of the 9/09/09 release of The Beatles: Rock Band.  Van Halen vs. the Beatles at the same time on the video game sales charts?  It's a good time to be a music game fan, and a bad time to be a music game fan's wallet.