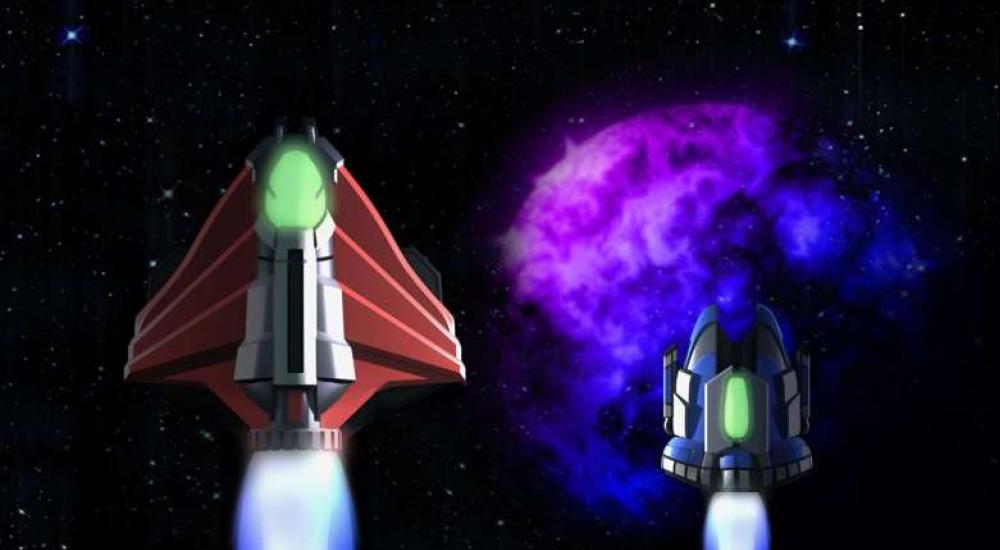 Sufferers of 'Shmup Withdrawal, rejoice! No longer must you fight off the wild dogs now inhabiting your local abandoned arcade to get your 'shmup fix. The grammatically challenging Overdriven Reloaded: Special Edition is out now for Xbox One, for only $7.99.

A new version of a re-release makes its console debut on the One after being sequestered on the PC. With Microsoft's Play Anywhere functionality, you and three friends can huddle around your Xbox or your PC and 'shmup those space cows till there's nothing left.

Grab powerups, discover alien artifacts, and take down ridiculously large bosses in this four player local co-op cluster of a game.  This particular version of the game comes in a new high-definition mode, so you can blast the enemy armada with even crisper visuals.

We've been talking about Overdriven proper since 2012 when it came out for "Xbox Live Indie Games." Four years later, Overdriven Reloaded launched on Steam with a host of improvements and additional features. Finally with Special Edition, we've got a quality 'shmup on console. Our review of the game was pretty positive, so if you've got the 'shmup itch, you could do a lot worse.