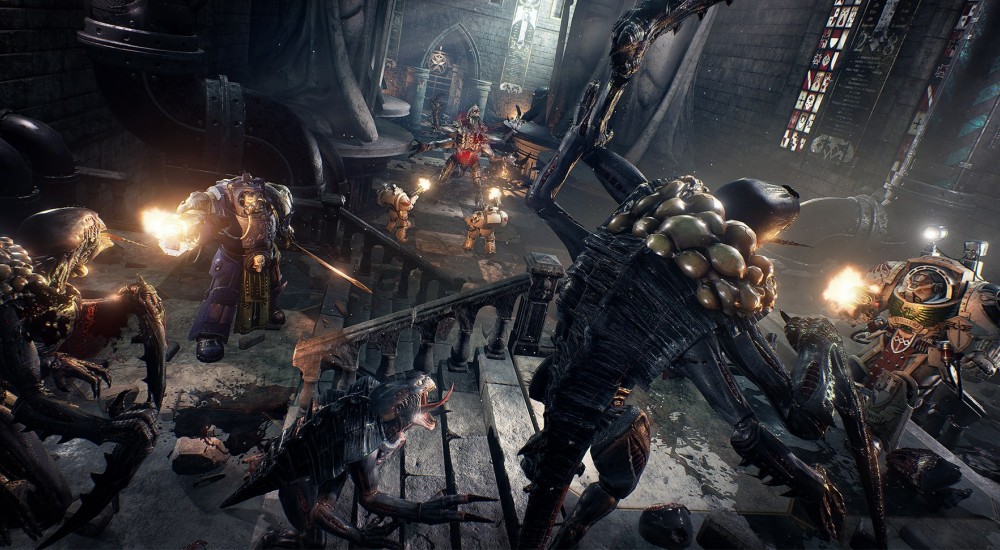 A year and six months after its initial PC release, I believe the "definitive" version of Space Hulk: Deathwing will finally be making its way into the world. Dubbed Space Hulk: Deathwing - Enhanced Edition this version of the game offers new customization options, a new class to play, new weapons, new enemies, and a host of other features that were sorely needed when the title originally launched. Hopefully, it's not too late for this title to find some new life.

When I reviewed the game back in 2016, there were definitely elements that I enjoyed and felt Streum On Studio got right. There was, however, a lot of room for improvement. The developer felt the same way, apparently, as they continued to provide updates and new content for the PC version over the next several months (some of which we saw when we played the game last July). All of those updates will be included in the "Enhanced Edition" coming to both the PC and PlayStation 4 on May 22. That means if you pick up the game on that date, you'll get these features that weren't part of the title (or were mere shadows of what they are now) when it was initially released:

It's worth noting that the game now appears to be heading to the PC and PlayStation 4 only, and that the Xbox One version has been scrapped altogether.