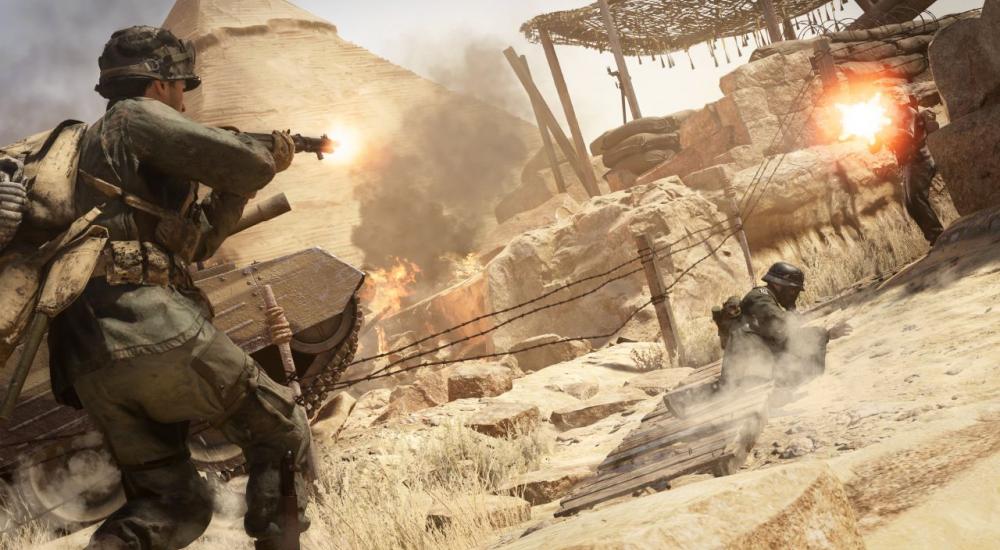 The second DLC pack for Call of Duty WWII is titled The War Machine and you can check out all the game-changing features it includes - ranging from more Zombies to the V2 bomb (It’s a rocket-propelled missile, I Googled it so you don’t have to) - in the trailer below. Even if undead and explosives aren’t your thing, the DLC also brings new competitive multiplayer maps, including Egypt and Dunkirk as well as the Operation Husky mission that takes place in Sicily. All of this DLC is available now on PS4 and on an unannounced date in May for Xbox One and PC.

As far as the zombie-bashing fun (which is why we’re all really here) it is getting enhanced with The Shadowed Throne, which according to the official page’s break down; “The Shadowed Throne brings our heroes into the heart of Nazi Germany to confront a desperate and murderous regime. Berlin is burning, and Doktor Straub’s monstrous army is hellbent on purging his city of the Allied invaders.”

This DLC is included in the Season Pass, if you have it, but will cost you $14.99 if you pick it up individually. As noted before, the Xbox One and PC versions are coming at an unannounced date in May while the PlayStation 4 version can be bought here now. Will you be getting your boots back on the ground in multiplayer with this new addition, or have you been looking forward to killing more of the undead Nazis that are plaguing the world? Let us know in the comments below!