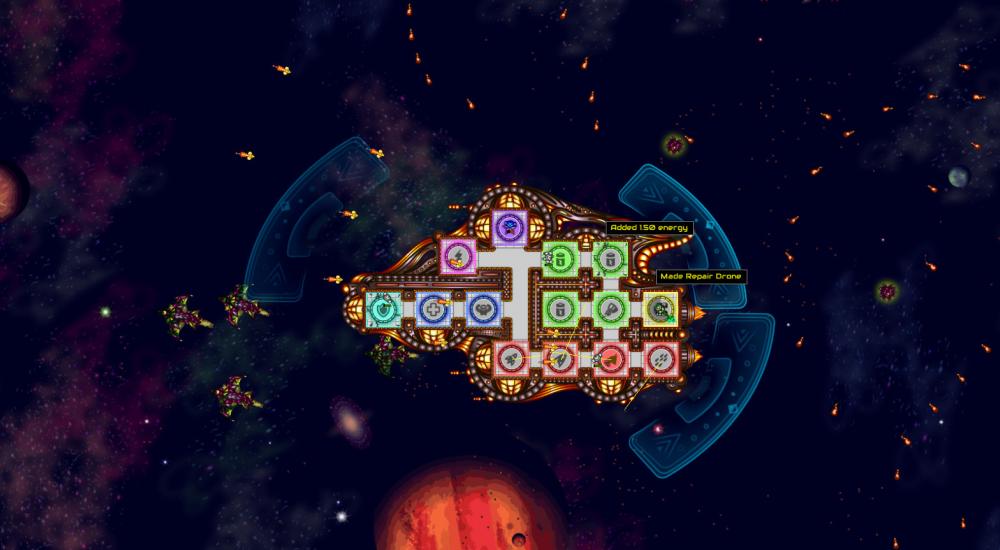 Some of you may remember a couple weeks back when we posted about an interesting new co-op title that's in development, Undercrewed. This FTL meets Lovers in a Dangerous Spacetime game piqued our interest, so we sat down with developer David Strachan to discuss some of the nuts-and-bolts, as well as where he hopes to go next with its development.

There is a very solid co-op experience at the core of Undercrewed. It starts when you and your friends choose a ship layout and then decided where to place the various components and rooms, it continues when you have to crew that ship and try to survive against hordes of enemy spacecraft, and then it seemingly concludes when the ship's hull finally succumbs to incoming fire and everyone gets sucked out into space. I say "seemingly" as there's a whole progression/skill tree system David is still implementing, but the general idea is that one of your friends could specialize in weapons while another focuses on engines/ship repairs. In other words, you can truly form a dedicated crew.

The game has one day left on its Kickstarter and it's very close to reaching its goal of $6,790. As David explains at the end of the video, meeting that funding amount means he'll be able to fully implement a few features he'd really like to see (such as a full campaign mode), but he's determined to get this title out no matter what. Here's hoping he'll meet it and can get this out to all you co-op gaming enthusiasts out there!