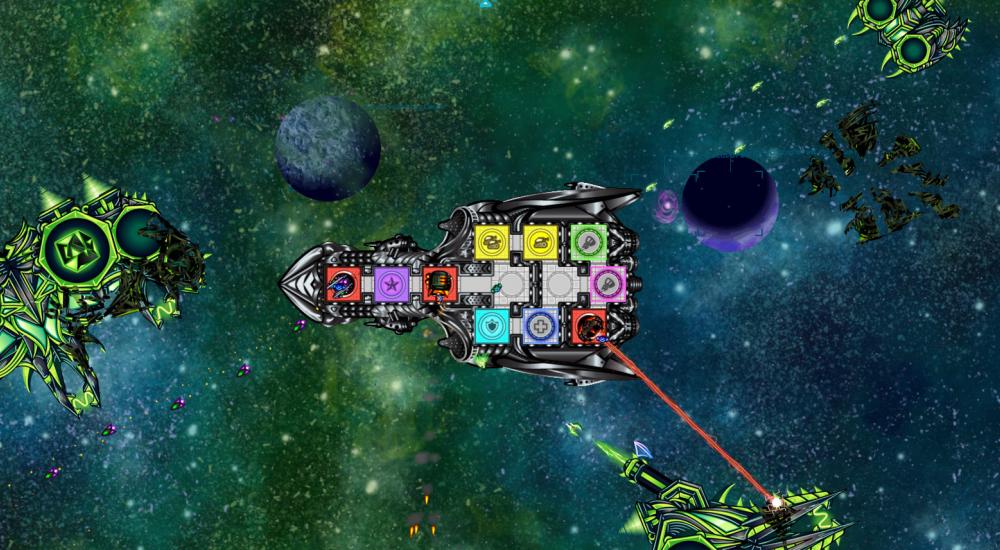 Last year, we got a brief glimpse at Undercrewed, an interesting co-op title that blends elements of FTL and Lovers in a Dangerous Spacetime. At that time, David Strachan, the game's developer, was seeking funding for his Kickstarter (which was a success) to get enough money to help him finish development. Today, we all can enjoy the fruits of those efforts as the title arrives in Early Access!

The core concept of the game is that you and your buddies place rooms (such as a bridge, engineering, guns, shields, etc) in a ship, take it out into a harsh, uncaring universe, and try to complete objectives while also fending off attacks. Rooms within the ship become active when a player (or A.I. bot if you don't have a full crew of 4 players) is standing in them, so if you want to raise shields and shoot at foes, you'll need people in those respective rooms. There aren't a ton of controls beyond just moving your in-game avatar, so it's something that's easy to pick up and play. Initially, there will be a handful of planets with specific objectives to complete, as well as the "Survival" mode, but more will be added as development continues.

Undercrewed is available on PC via Steam. Four player co-op is supported throughout, as well as couch co-op, online co-op, and combo co-op (i.e., two or three people on one PC can play with other friends online on a different PC).