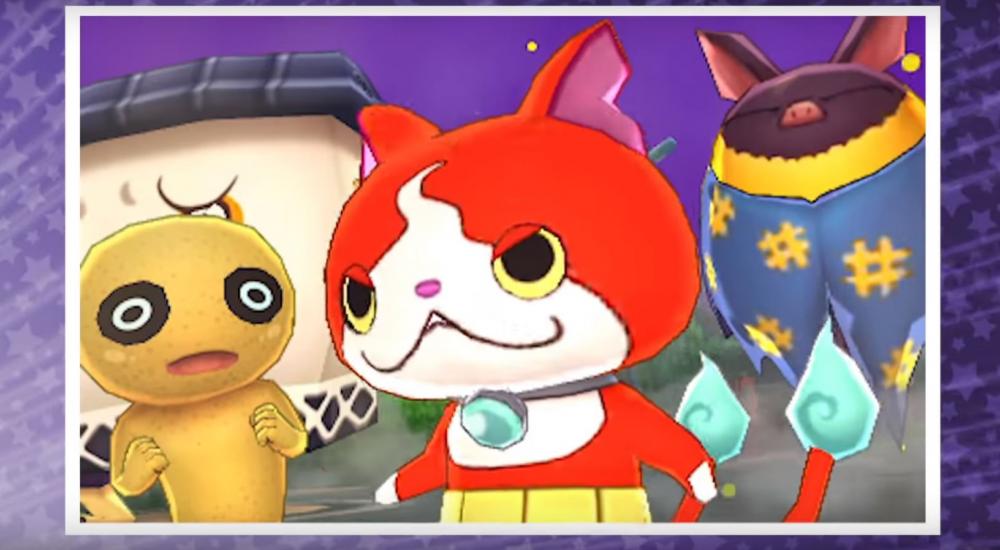 While the Switch may be the main platform of choice for Nintendo these days, they haven't forgotten about their other portable system, the 3DS. On September 7, the action-RPG variant of their popular Yo-Kai Watch series, called YO-KAI WATCH BLASTERS, will be making its way to our shores and you'll be able to team up with three friends to take down bosses with your collection of spirits.

If you're not familiar with the Yo-Kai Watch series, it exploded in popularity in Japan a few years ago generating not only (to date) two sequels with a third on the way for the Switch, an entire toy line, and an anime series. The hook to these games is similar to the Pokemon series. Your protagonist of choice uses a special watch to capture "yo-kai" and goes around their town helping people by battling the evil spirits that haunt them. The yo-kai you capture can level up and evolve into stronger versions of their previous forms, and the sequels even introduced two versions of the game with unique yo-kai in each version that could be traded to friends.

For YO-KAI WATCH BLASTERS, you're still collecting yo-kai in order to take on a variety of foes, but the action shifts from the turn-based nature of the main series to more real-time combat. Additionally, these games allow you to team up with up to three buddies either via ad-hoc/WAN or online to take on big boss yo-kai. You and your friends get to use your own collection of yo-kai, and can even trade them. There are two versions of the game, YO-KAI WATCH BLASTERS: Red Cat Corps and YO-KAI WATCH BLASTERS: White Dog Squad, and each version features a few different yo-kai to collect, missions to undertake, and bosses to fight.

Both YO-KAI WATCH BLASTERS titles will be available for the Nintendo 3DS on September 7, 2018. Four player ad-hoc/WAN co-op and four player online co-op will be supported by both games, and co-op connections between the two different versions are supported as well.