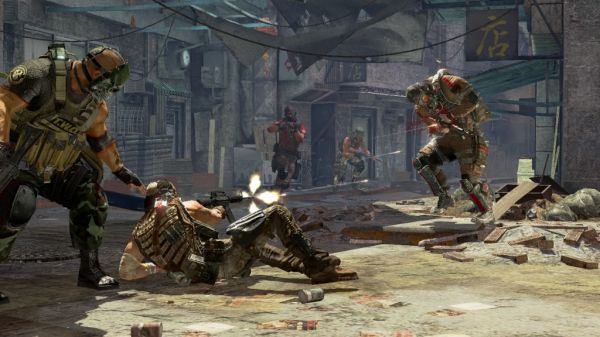 Army of Two was a bit of a surprise last year, and according to most folks, it was one of 2008's top co-op titles.  The upcoming sequel looks to expand on that strong co-op experience.  IGN has an extensive preview of the game up, and so far the game looks very, very promising.  This quote, in particular, should have fans of cooperative gameplay foaming at the mouth.

"The best compliment we could have if we execute the second one well would be to have people say, 'you started this seriously, because it wasn't the first game to have coop, and now you're in the driver's seat of the genre,' or the subgenre or whatever it is, the niche. This is our hope. I would say that we will have done something right if people say, 'If you want the best co-op experience, pure co-op, Army of Two is in the drivers seat, still not perfect, but still in the driver's seat.' If we achieve that, then we have done something right. If we can be compared to fantastic games that are coming in a positive, equal way, then I'd be thrilled."