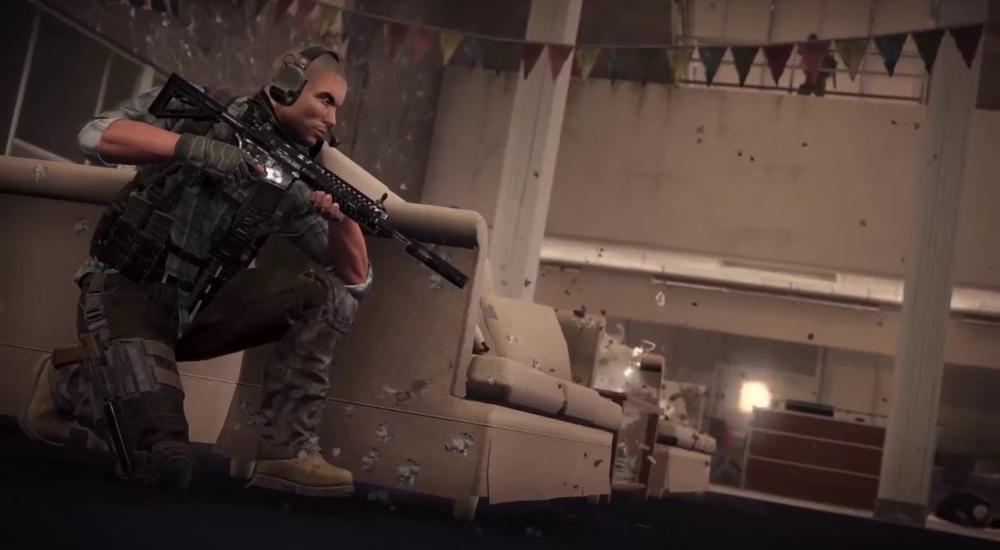 And lo, the many brands bearing the guise of the late prophet Clancy shall intermingle amongst one another.  With their intermingling will come so-called "crossover events", which shall usher in the first of the thirteen stages of the apocalypse.

While we wait for the other twelves stages of the apocalypse, though, we may as well enjoy the latest free content in Tom Clancy's Ghost Recon Wildlands.  As part of the "Special Operations 2" update, which arrived July 24th, players can undergo a new four player online co-op mission, titled "Operation Archangel".  Split into two parts, it involves the Wildlands crew teaming up with Twitch and Valkyrie of Rainbow 6 Siege fame as they track down Caveira (also of the R6S universe).

Should you complete both parts of the mission by August 14th, you'll receive Caveira's specialized CQC gloves.  Equipping said gloves allows the use of her special CQC move, which reveals nearby enemies.  Per Ubisoft, "players will also be able to grab a Rainbow Six Gear Pack, which includes Caveira’s Luison handgun, Valkyrie’s shemagh scarf, Twitch’s skull balaclava, and a customizable HK 416 assault rifle."

That's it as far as crossover content goes, but if you're the type of person that considers yourself hardcore, or perhaps hard-curious, you may be interested in the update's other addition, Ghost Mode.  First and foremost, the new mode features permadeath, and it also includes a number of tweaks to foster a riskier experience, such as a reloading mechanic that tosses out unused bullets when swapping in a new magazine.  Think you can handle it?