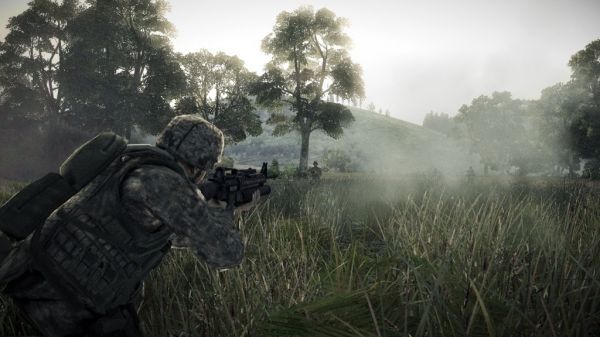 Codemasters has released a handful of new screenshots for the upcoming co-op friendly Operation Flashpoint 2: Dragon Rising.  The game is set to be released on the PS3, 360 and PC this summer and sports a healthy dose of co-op with up to four players online.

The latest screens show off the realistic looking game, set on a war torn island off the coast of Japan.  Screenshots, like that pictured above, simply oozes style - and makes me very excited for this game.

Thankfully we will all be getting a taste of the game before it's planned June release thanks to a demo.