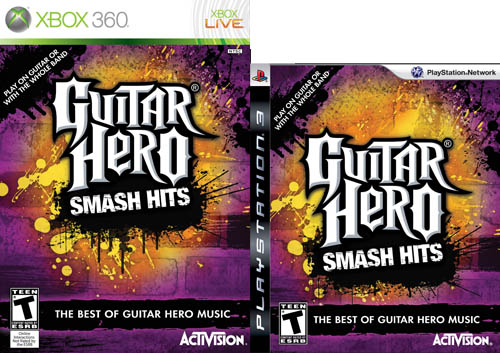 Guitar Hero Smash Hits is set to release this June on the Xbox 360, PlayStation 3, Wii and PlayStation 2.  It will feature four player co-op, as in the full band, with rockers smashing their guitars and instruments to the top songs from the five previous Guitar Hero games, World Tour excluded.

We've attached the first few screenshots of the game in action, but really, there's no surprises here.