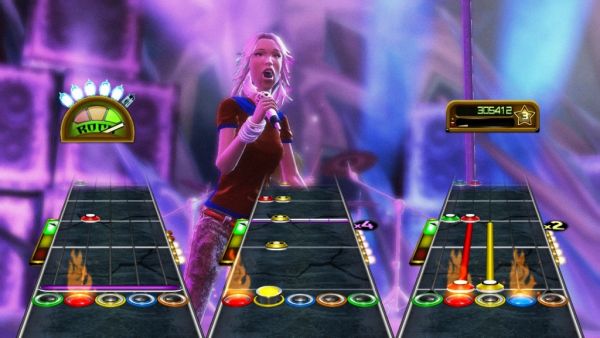 Call it recycling or any easy cash grab if you will, but there are lots of reasons to be excited about June release Guitar Hero Smash Hits.  Master tracks with the original artists and four player co-op including drums and vocals are the most obvious.  Remember, too, that for PS3 and Wii gamers, Guitar Hero 3 was the first title available.

The voting over at the official Smash Hits site means the Guitar Hero 2 songs included are now available.  It's a strong list, easily some of the best choices.  Stone Temple Pilots, the Foo Fighters, Lynyrd Skynyrd, and others will be represented, but I am most excited about Rush.  I can't wait to gold star "YYZ" on Expert vocals!  (Think about it.)  Notably missing was Megadeth's "Hangar 18", more's the pity.  The full list of GH2 songs in Smash Hits is after the break.

Avenged Sevenfold - “Beast And The Harlot”

Rage Against The Machine - “Killing In The Name”

The Police - “Message In A Bottle”

Stone Temple Pilots - “Trippin' On A Hole In A Paper Heart”

Alice in Chains - “Them Bones”

Mötley Crüe- “Shout At The Devil”