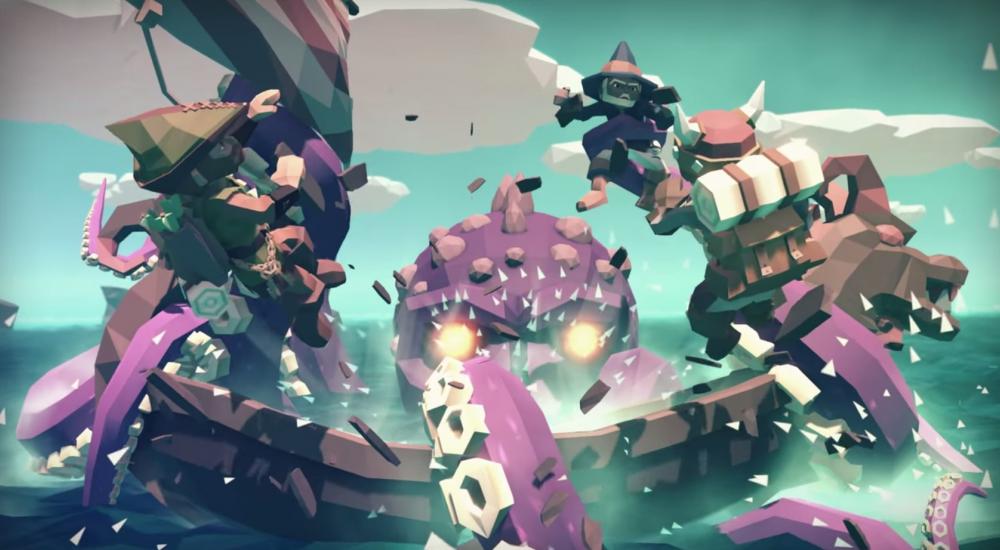 For The King's unique blend of JRPGs, strategy games, and roguelikes has intrigued the staff at Co-Optimus to no end. Fortunately for us, there's a new batch of free DLC coming later this month, so all that time spent staring at the game, mouths agape, will hopefully come in handy.

"Into the Deep", which arrives on November 21st, takes players on a quest to investigate and subsequently clash with the Fishfolk inhabiting the local waters as they attempt to resurrect their Kraken God.  Naturally, this aquatic deity wishes to flood the entire world and consume any survivors, so it's probably for the best that our heroes intervene.  Check out the trailer below for a glimpse of the DLC in action.

"Into the Deep" adds tons of extra content to the game, including new enemies, encounters, and the "Guns" weapon class.  The seafaring adventure will probably be pretty difficult, but the ability to wield a blunderbuss, hand cannon, or musket should level the playing field quite a bit.

For The King will be available for consoles sometime in 2019, but for now, it's only available on PC.  The game's three player co-op can be accessed both locally and online, as well as a combination of the two.