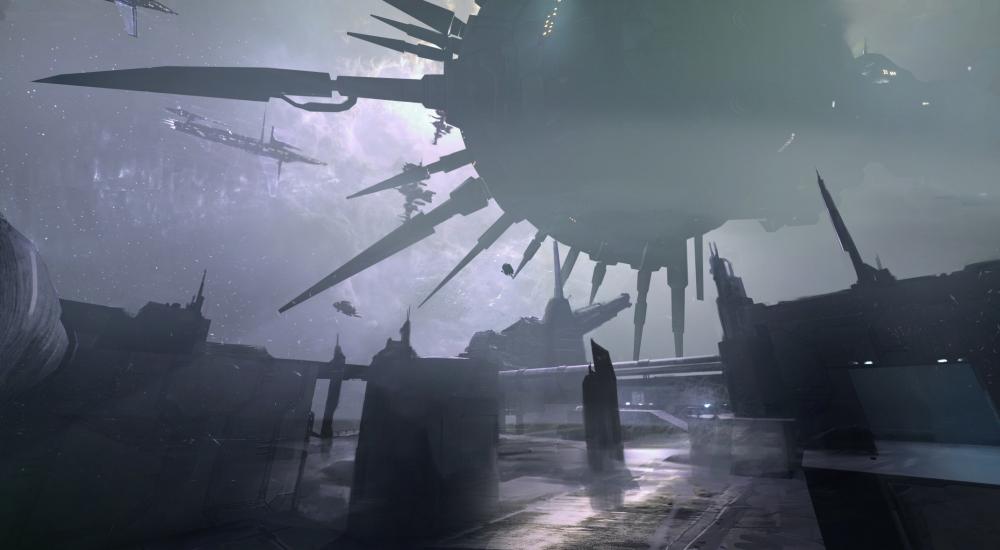 The next title from CCP Games, currently called Project Nova, has a new teaser trailer that sets up some of the sci-fi elements of this FPS that’s still wrapped up in some mystery, but of more interest to us is the twenty minutes of gameplay (courtesy of IGN) that shows off some of the “tactical co-op PvE” elements that the title touts. The setting appears to be on top of a spaceship and the baddies getting shot appear to be robots with damage numbers that pop out upon bullet contact, with four players working together to capture strategic points and defend them against the A.I. controlled robots.

Project Nova is set in the EVE Online universe, expanding EVE Online from its MMO roots into a completely different genre. The game is currently only slated for a PC release with no existing timeframe, and is described on the official website as “a dark and thrilling first-person co-op shooter on PC, set in the dystopian EVE universe and featuring strong emphasis on mastery and strategy, co-evolved with the community.” Check out the trailer below to see that in action in two different matches featuring some class-based gameplay.

While the gameplay does lack anything truly revolutionary, the project is set to see a closed Alpha in November of 2018 (which can be found here) so the gameplay footage is likely Alpha footage as well. Will you be suiting up and hopping into the Alpha, or do you prefer your EVE Online strictly as an MMO? Let us know in the comments down below!