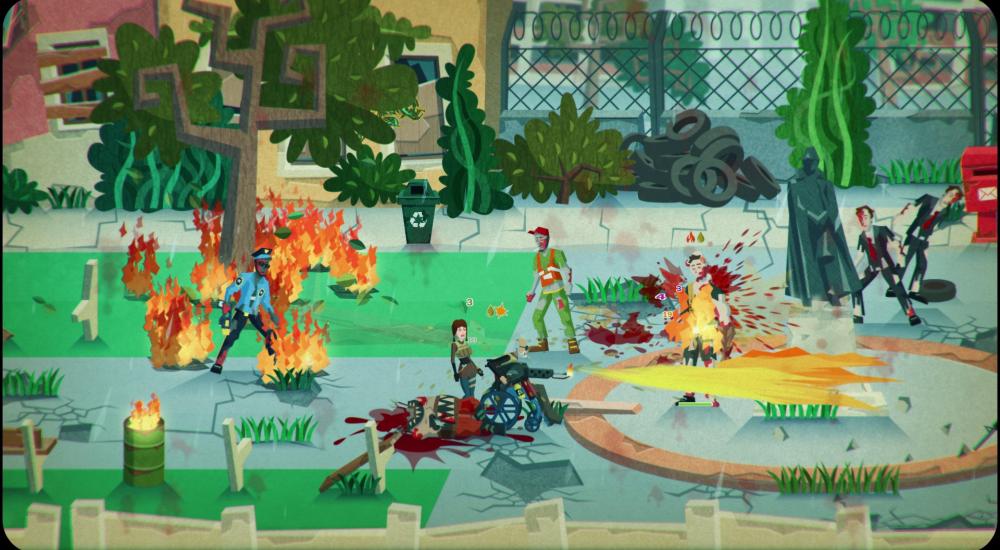 Infected Shelter, the four player co-op brawler / roguelite-RPG is getting ready to hit early access on Steam in just a few short weeks. To celebrate the impending release the team has sent us an exclusive look at the game in motion with two player co-op gameplay.

The full game will support up to four players in couch co-op as they look to solve the mystery of who kidnapped their friends from the shelter in which they thought they were safe. Infected Shelter looks to have a unique style, with over the top violence, distinct characters (Grandpa and Granddaughter, Guitarist Girl, etc), and gameplay that feels like a cross between a beat em up and a side scrolling SHMUP.

Here's how the team positions the game.

Every run is different because of the randomly generated content. By beating enemies players can loot more than 150 different blueprints of permanent improvements and this is the key to Infected Shelter's replayability. Instead of just collecting loot to make yourself more powerful during a single run, you unlock new weapons, clothes, skills, relics and RPG-like character improvements that change how you play the game in the following runs.

Finally the team is still looking for beta testers before the early access release in May, so if you are interested check out this post on the Infected Shelter Steam community.