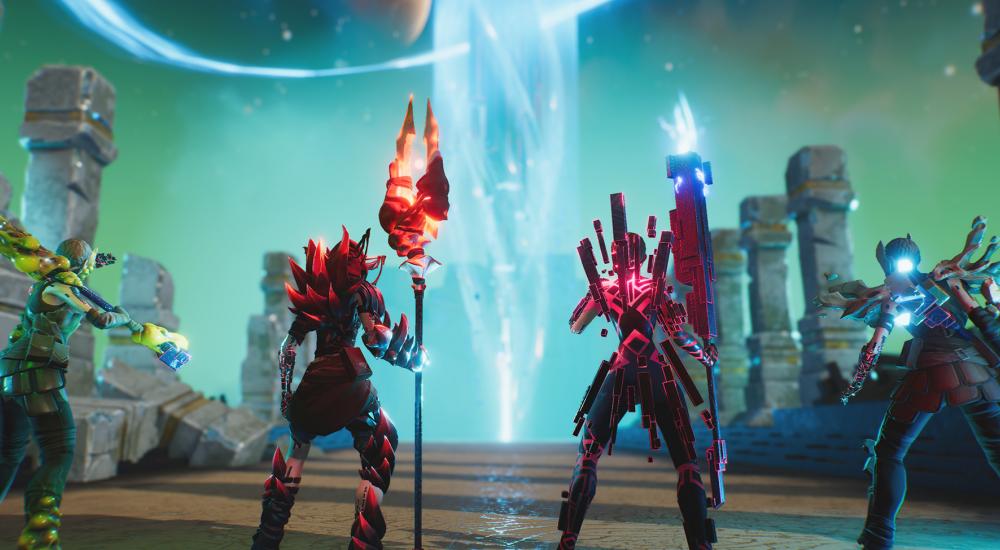 Nvizzio Creation's third-person action/tower-defense title, Eden Rising: Supremacy, will be making its way out of Early Access and into a full release next month. When it does, there will be two versions: the free-to-play "Explorer Edition," and the $25 "Ascendant Edition." The paid version does include four additional areas to explore and defend over the free version, along with some extra armor dyes and "Bestiary Mastery," but it also has a nice perk. Only one person needs to buy it for a group of friends to enjoy that that extra content.

There have been a handful of other titles that have supported something similar, like only the host player in Vermintide 2 needs to own the DLC for all players to experience while connected to their game, but this is one of the few instances where the entire game is structured this way. The title supports up to eight players on one server so if even just one of them owns the Ascendant Edition (and creates the game in the first place), then all those players get access to that extra content. It's a pretty nice deal. Even nicer when you consider that the title is just $15 on Steam now and if you pick it up, you'll automatically be converted to the Ascendant Edition without having to pay anything more.

Here's a handy-dandy chart that highlights the differences between the two: It's worth noting that what's shown here are the only ways these versions deviate and the development team has stated that there will be no microtransactions in the F2P version. If you like what you're playing, then you can pay for the Ascendant Edition or join up with someone that has it and just play on their server. The servers themselves are all hosted by Nvizzio, too, so you or your buddy don't have to leave your computer running 24/7 for people to join.

At this point, if you're thinking "hey, that all sounds like a good deal, but... uhh... what is Eden Rising?" Basically, it's an open-world game with some light Monster Hunter mechanics (you fight beasties and craft gear with their remains) and some heavy tower defense mechanics where you defend a single point against waves of enemies using towers and your own weapons/fists. We enjoyed our time with the game when it first hit Early Access last year, and we'll be hopping back into it in a few weeks to see how things have changed/improved in that year (based on the update posts in Steam, it's quite a bit).

Eden Rising: Supremacy will leave Early Access on May 17, 2019. Eight player online co-op is supported throughout.