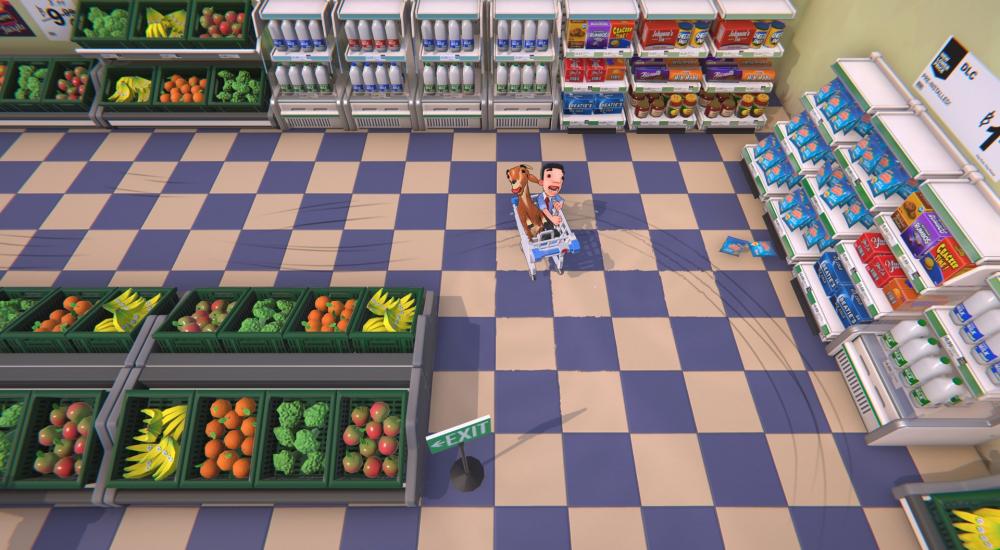 The folks over at Billy Goat Entertainment are pretty clever.  They've identified a boring niche in the market (buying groceries) and injected some goshdarn energy into it (by adding screaming and also a goat).

The resulting concoction takes the form of Supermarket Shriek, which began life as a Global Game Jam entry.  In it, players must guide the game's two heroes, Billy and Goat, through a series of deadly, Supermarket Sweep-esque obstacle courses using their ability to, well, shriek.  To be honest, I'd also be screaming incoherently if the only thing standing between me and a fiery death was a careening grocery cart.  It's probably tough to see how that description translates into gameplay, though, so maybe the game's surreal trailer can assist.

Supermarket Shriek's local co-op will allow two players to fill the role of either Billy or Goat as they coordinate shrieks to maximum effect.  On top of being able to use the game's controllers in this endeavor, the developers have also included the option of plugging in a headset and simply creating the guttural cries yourself.  Now that's the type of innovation we hope for from a Global Game Jam entrant.

Once Supermarket Shriek is released this summer, it'll be available on Xbox One via the Xbox Game Pass.