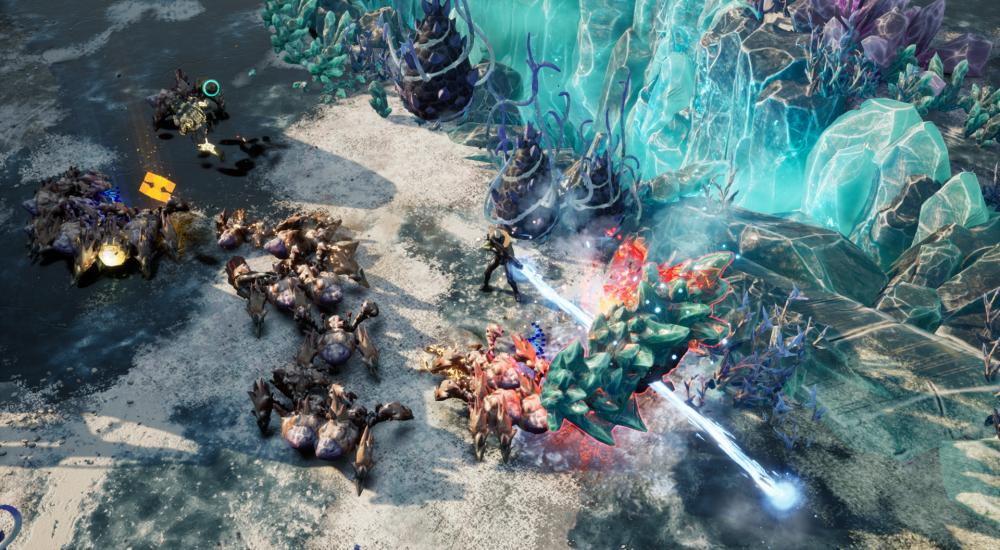 A new co-op, Action-RPG (or ARPG for short) is on the way. Killsquad, from the Barcelona-based Novarama, has been announced with an exciting trailer and a Steam Early Access release set for the fast approaching “Summer 2019”. While an exact date has not been pinned down at this time, the game will be making an appearance at E3 2019, meaning if the sole trailer isn’t enough to satisfy your ARPG needs there is likely to be more info trickling out as we near the already close Early Access release.

The game sees players entering the “Shady World of Bounty Hunters and contracts in Novarama’s Sci-Fi Space Western.” The press release provided to Co-Optimus goes on to say that, “Killsquad revolves around quick session oriented missions, giving players an intense action based single and multiplayer experience. The procedurally generated levels and fast paced nature of the game invites repeat play-throughs while taking classic staples of the action RPG genre in a fresh direction.” There will also be four classes to play each with customizable skills and abilities as the player levels. If your interest STILL isn’t piqued, or even if it was, check out the trailer below.

Will you be leaping into Early Access with Killsquad come summer 2019, or have you already made plans with vacations and other games? Let us know in the comments below!