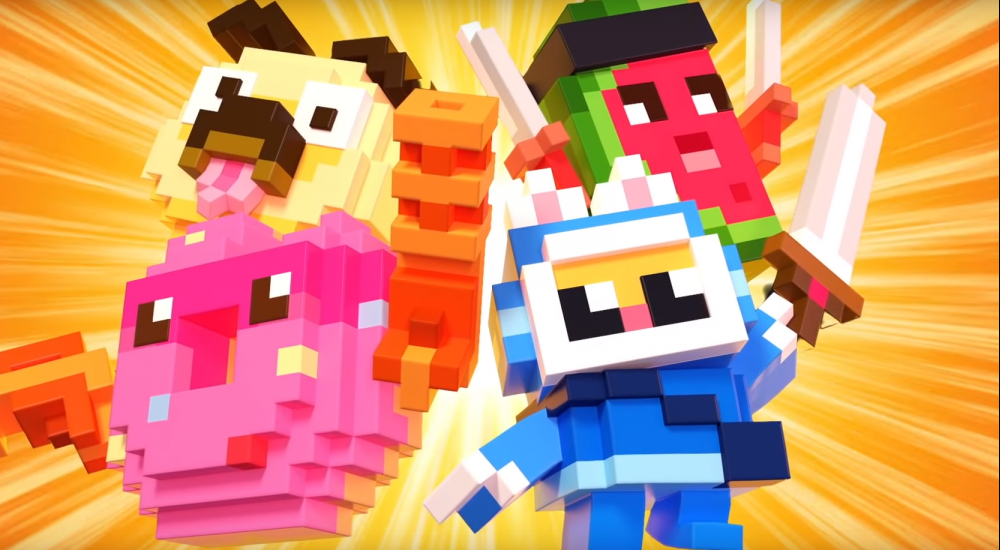 Riverbond, the Minecraft-esque voxel aesthetic and 4-player co-op title that features top-down combat and exploration in the vein of Diablo, was released back on June 9th; right before the video game holiday week known as E3. In case you missed the fun, charming trailer that features a watermelon warrior, you can watch it below before snagging Riverbond on PS4, Xbox One and PC now.

While you can check out the launch trailer below for gameplay, the official site for Riverbond boasts; “Action-adventure, Hack-and-slash dungeon crawler, Single player or 1-4 players Couch co-op (drop-in/out), Hand-crafted levels with 8 unique Worlds, Destructible voxel environments, Awesome real-time physics, Over 50 melee weapons and guns, Unlock new playable skins [and] Adorable enemies and Deadly Bosses!” which gives players a lot to look forward to. However, I will absolutely be playing that Watermelon warrior instead of checking out any other skins, thanks.

Will you be leaping into the explosive, voxel world of Riverbond or is your love of fiendish fruit hindered by the summer heat? Let us know in the comments below!