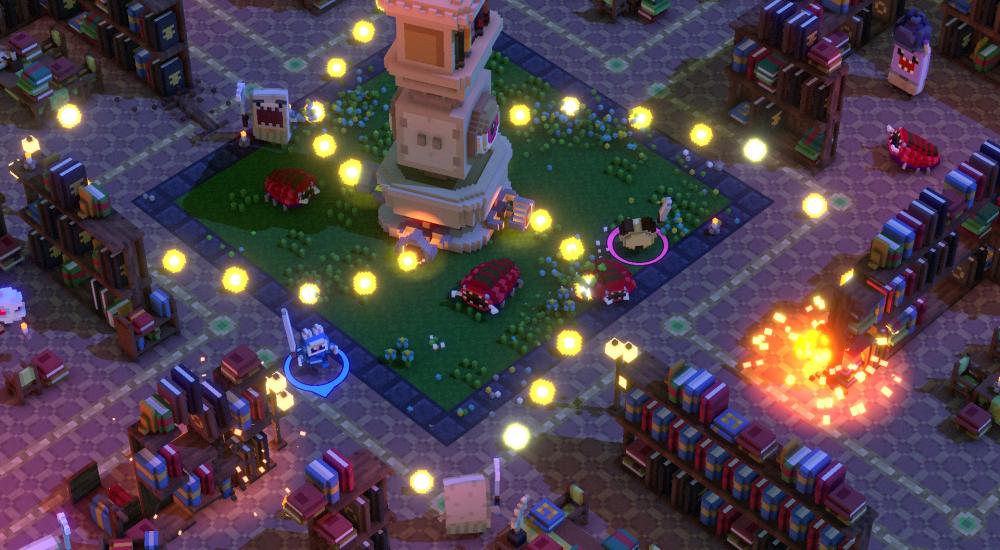 Cococumber's voxel-styled action-RPG, Riverbond, will arrive on the Nintendo Switch next month, which has been out on PC, Xbox One, and PlayStation 4 since June. Its debut on the Switch isn't the only piece of news here, though, as there will also be a free content update, "Crystalwatch," that will release the same day for all versions of the game.

The Crystalwatch update adds a new world/adventure, as well as a familiar face: the Spelunky guy from Spelunky. Now you and your buddies can finally live out your fantasies of hacking-and-slashing your way through a voxel landscape with your favorite indie characters!

Riverbond is available now on PlayStation 4, Xbox One, and PC. It will launch on the Nintendo Switch on December 10, 2019. Four player drop-in/drop-out couch co-op is supported throughout.